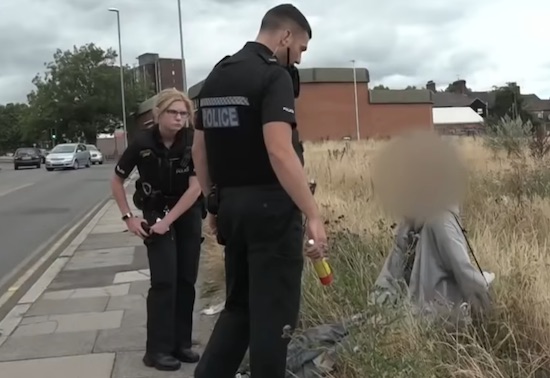 It seems like new drugs are popping up almost every year these days and even though they don’t even seem like they make people do enjoyable stuff, wreckheads are still falling all over themselves to get a hold of it.

The latest in this long line of awful new designer drugs is something called Monkey Dust which is apparently a synthetic drug that’s a cheap cathinone stimulant that is allegedly causing people to jump off buildings and fight police like they feel no pain. There’s a Sky News bulletin that you can watch below which illustrates how the drug is affecting people in Stoke On Trent:

That’s completely grim isn’t it? There has been some controversy about whether or not the reporting in that video is 100% accurate, with people claiming that the guy jumping off the building is footage from four years ago and people don’t even know what drug he’s on, but I think you can say with some degree of certainty that Monkey Dust is pretty gross and is causing somewhat of a massive problem up in Stoke.

I would say let’s hope someone manages to sort it out, but nothing ever seems to get better in these situations so I don’t even know if there’s much point in even saying it. Sad.

For more drug use, check out this addict describing the disgusting high you get from taking spice. Awful.