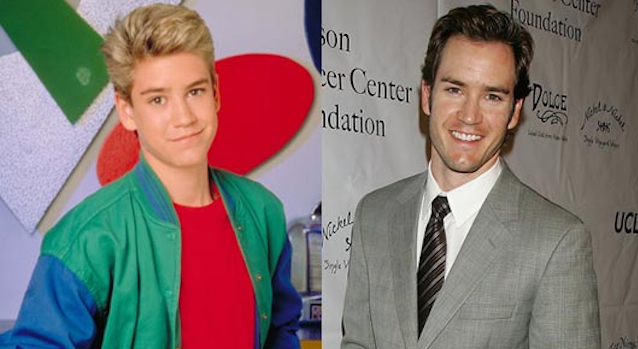 Finally, we can now find out what Zack Morris would do if he was living in 2013 – direct from the man who played him.

Saved By The Bell was one of the best shows when you were growing up. If you didn’t see it then you definitely missed out. There’s been no sign of a 90210/Boy Meets World esque reboot of the show for the 2010’s and this is probably for the better as those things tend to really suck and just dampen the legacy of excellent TV shows. However, you can’t help but wonder sometimes how Zack and the gang would fit in in 2013 and what kind of ridiculous situations they might get into.

Well now you don’t need to anymore. Some comedian called Paul F. Tompkinson has an internet chat show where he invites celebrities into a speakeasy and interviews them over cocktails. Last week he got Mark Paul Gosselaar – who played Zack Morris in Saved By The Bell – into his bar and made up some hypothetical Saved By The Bell in 2013 scenarios and asked Mark Paul just what exactly Zack would do to get himself out of trouble.

Some of the answers are really dumb but some of them are completely killer and absolutely what would have happened in the show. The best parts about it though are the scenarios as you can clearly see them happening if a reboot of the show was to ever happen in 2013 – my favourite one is the one about Screech catfishing Zack and Slater.