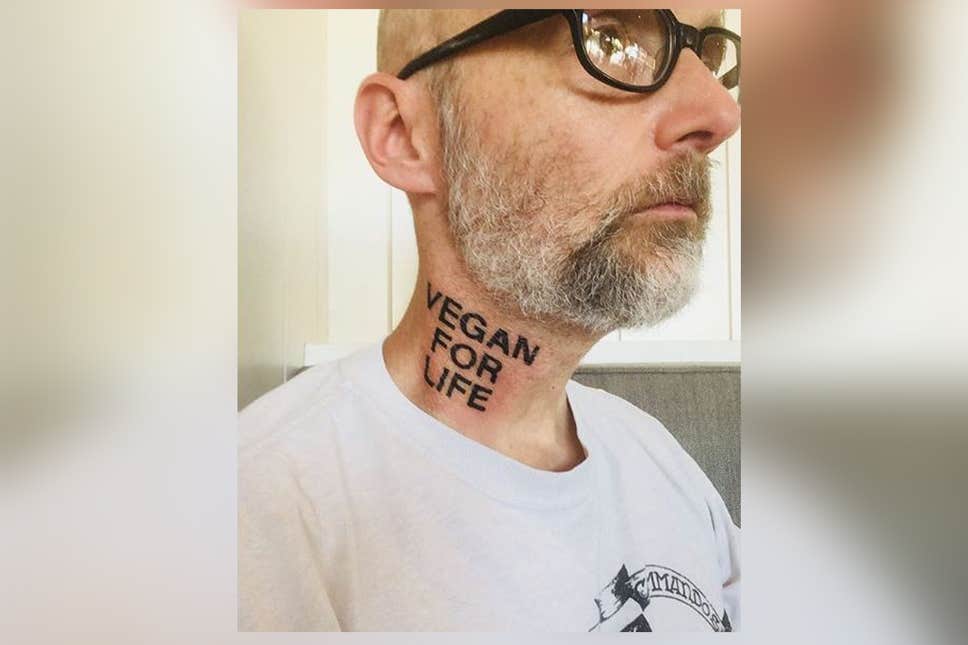 There’s that old joke about how you know if someone is vegan – they’ll tell you – and Moby isn’t even going to let it get that far anymore after revealing his new neck tattoo that simply says ‘Vegan For Life’.

Moby revealed the new ink on his Instagram account in the following post, where he revealed that it wasn’t really that big a deal for him as he had been a vegan for the last 32 years anyway. I suppose it’s less annoying than having to tell everyone the moment you meet them that you’re vegan, but probably makes you look like more of a twat. Fair trade up I guess.

I’ve been a vegan for almost 32 years, so getting this tattoo seemed like a pretty safe bet. Also, working for animal rights and animal liberation is my life’s work. And to state the obvious, it’s a double entendre…thank you @thekatvond

Cool double entendre there hey – I guess he’ll be a vegan for his entire life and the reason that he’s vegan is to promote life. Pretty cute play on words there sure – makes the tattoo even cooler bro.

Although it’s cool that Moby is a committed vegan, maybe he should start looking at how he was a real creep to Natalie Portman recently instead. That was some weird shit bro.