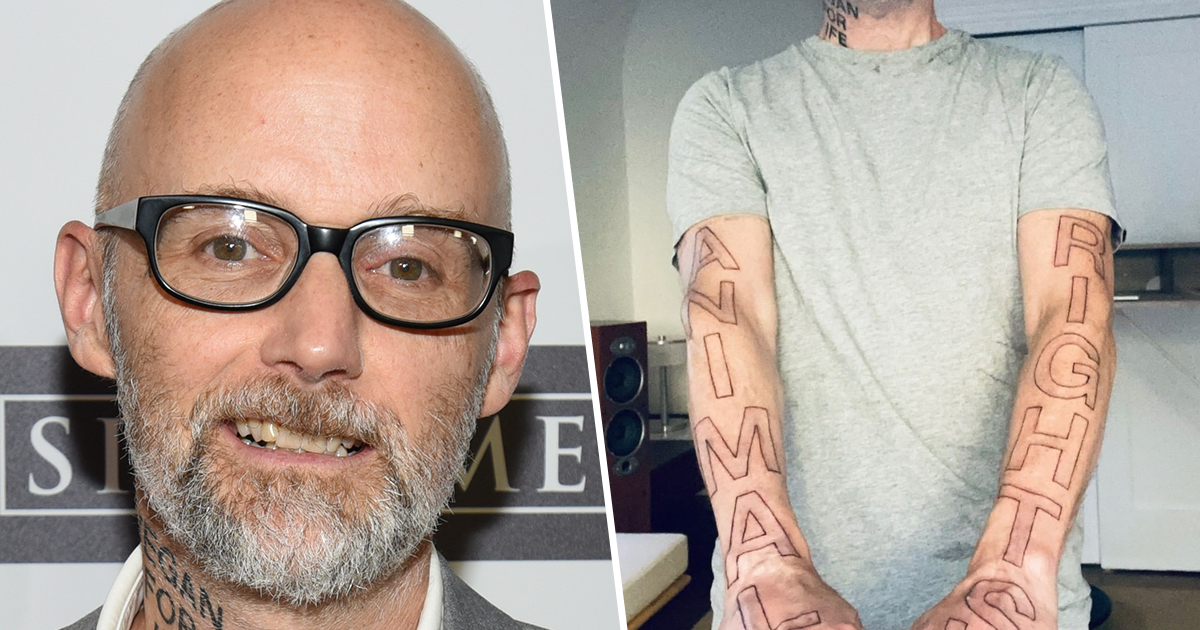 Tell us how you feel bro.

Moby was probably one fo the first celebrities out there to draw attention to the plight of animals in allowing the majority of the population to eat them all the time and he’s still doing his best to raise awareness of the issue by getting massive tattoos about it all over himself.

His latest ink is in celebration of 32 years of veganism and says ‘Animal Rights’ in massive letters down both of his arms. This follows on from earlier this year when he got ‘Vegan For Life’ tattooed on his neck.

The new tattoo was the handiwork of Miami Ink star Kat Von D, who also happens to be a vegan. What a perfect circle. Moby took to Instagram to share the news of his anniversary and new tattoo:

As November is my 32 year vegan anniversary i thought i’d get a tattoo (well, technically 12 tattoos) to celebrate. I’m a vegan animal rights activist for many reasons, but ultimately because i believe at the core of my being that every animal has the right to live their own life, according to their own will. Thanks @thekatvond @highvoltagetat #veganforlife #animalrights

I mean I guess you have to hand it to the guy: he clearly cares a lot about veganism and animal rights and isn’t afraid to raise awareness about these and campaign about it even in the slightest and knowing that he’s probably going to be ruthlessly trolled by a bunch of people because let’s face it, his tattoos are pretty awful. Props to him for giving enough of a fuck about something to stand up and believe in it.

Only thing is that Moby has been less than questionable in other aspects of his life recently – remember that whole thing about him dating Natalie Portman when she was a teenager? That was just plain weird.