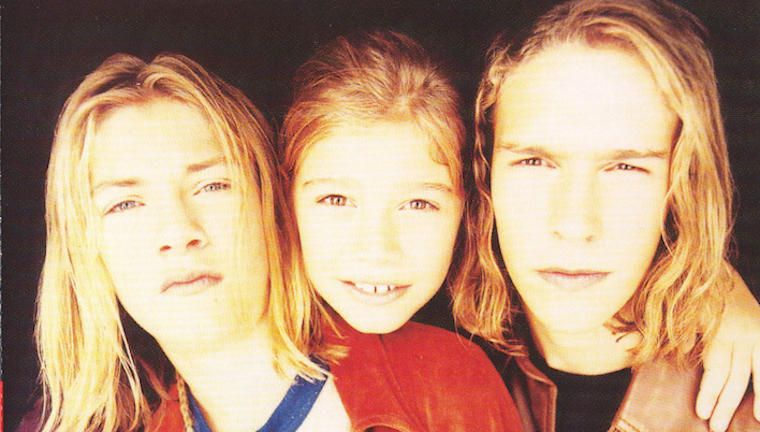 MMMBop was one of the biggest hits of the 90’s but Hanson seemingly disappeared without a trace after that megahit. Turns out they’re still around making music though, and their current version of MMMBop is even better than the original.

Full credit to Buzzfeed for this story because it is mindblowing and even though I would love to have claimed it as my own there’s just no way I can do that with a straight face knowing that I pretty much just completely ripped them off. So yeah, I’m pretty sure if you grew up in the 90’s or have lived after the 90’s then you’ve probably heard Hanson’s MMMbop and know who Hanson are because it’s probably the catchiest song ever after dumb songs like ‘I know a song that will get on your nerves’ and ‘Call Me Maybe,’ which are obviously both total hits BTW. I guess it’s one of life’s great mysteries how Hanson could be so cool/good with one song – and the follow up ‘Where’s The Love?” was almost as good – and then fade into complete obscurity, but it happened and nobody really gave a rat’s ass but everyone still remembers MMMbop when they’re down at Jumpin’ Jacks or whatever crappy ‘retro’/90’s bar you go to in your crappy town and everyone still goes crazy to it.  It’s the kind of song they drop around 1245/100 am to get the floor really pumping. In short, it’s a killer.

I kinda figured Hanson had given up on music and just gone surfing or travelling around Thailand for the last 20 years on the money that they earned from the success of MMMBop but it turns out that they’re actually still recording new music and touring, just on their own independent label which means that nobody ever gets to hear their new songs or really ever cares about them except true die hard fans. This was basically because the major labels screwed them after MMMBop came out so they just went their own way, which is really DIY PUNX and really cool so I’m down with it.

More: 90’s Trends That Seemed Like A Good Idea At The Time

You might think that they harboured some resentment for their biggest hit MMMBop because of this as that’s what seems to happen with loads of artists who have one big hit and struggle to emerge from its shadow for their whole careers, but it seems that that’s the complete opposite when it comes to Hanson. Instead they’ve reworked the song  in a noticeably lower key now that their voices have broken (remember they weren’t even 16 when it came out and Zac was only 11 or something ridiculous)  and it sounds way better and you can even make out some of the lyrics whilst the harmonies remain completely killer. Although this is only an acoustic performance it’s still completely badass and shits all over their performance from some TV show in 1997 (check out the presenter’s lame perm) that I’ve included after it.

Read This Next: 90’s Footballers Who Look Like Your Dad

You can also take Hanson way more seriously now because they don’t look like girls/hippies anymore and I think they all got noticeably better at singing, especially the guitarist. I was about to type the guy because that’s how you looked at him the whole time because the other two looked so much like girls but I realised just in time that they’re all guys and they all look like guys now and are successful serious independent artists these days so it would have been a bit embarrassing if I referred to one of them as ‘the guy.’ Sorry about that guys. Anyway check out the two versions below and let us know which you think is better.

Obviously the recorded version is the ultimate, but I think this new one definitely has the edge in terms of the live performance and maybe even if they re-recorded it it might sound better. I bet that will never ever happen though so what’s the point in even talking about it? Just enjoy these two versions for now and maybe hit up your local 90’s club tonight and relive your youth. You can buy me a drink at the bar.

This Is Weird: Celine Dion Performs A Completely Weird Photoshoot

Original Version (just in case you got confused between the two):