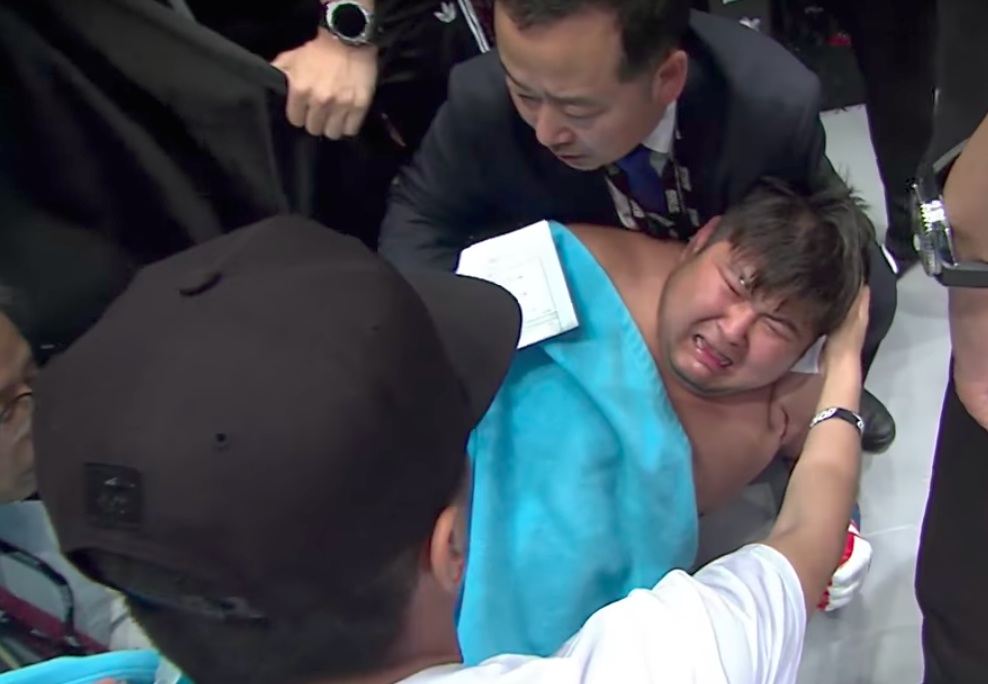 MMA fighting has got to really hurt, but I don’t think I’ve ever seen anyone actually reduced to tears inside the octagon until I watched the video below.

The footage comes from South Korean event Road FC 39 where a couple of heavyweights are going at it in an openweight matchup, with one dude significantly bigger than the other. The fight only ends up lasting 7 seconds though, as the smaller dude ends up kicking the bigger guy in the balls with one of those straight up savage MMA leg kicks, leaving him on the floor crying in anguish.

Can’t say I blame the guy:

Geez. All the feels for that guy – kinda makes me wince and my eyes well up just watching it and thinking about getting kicked that hard in my junk.

Must have been next level pain for him judging by the way he looked and the concern of everyone around him. Hope he managed to recover and there wasn’t any permanent damage down there so he can still have kids and everything. That would well and truly suck if it came to that.

For more kicks in the balls, here’s the science behind why it hurts so goddamn much. Interesting.