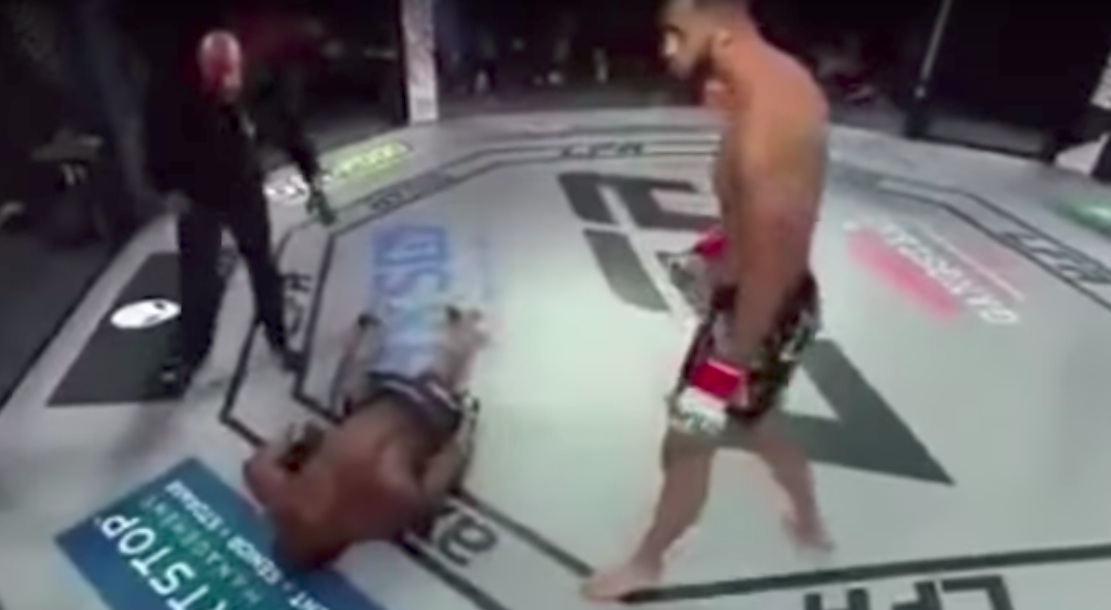 You’ve got to love it when this happens.

Jordan decided to pull the move that no MMA fighter should (particularly when you’re fighting someone nicknamed ‘The Devastator’) by showing his opponent some attitude.

The video shows Dominick swinging his fist and missing, causing Jordan to laugh and shake his head. However, as he’s ripping into his opponent, Dominick launches the finishing head kick at his jaw, instantly knocking Jordan out.

You can’t beat seeing a cocky person get their comeuppance, particularly when justice is served immediately.