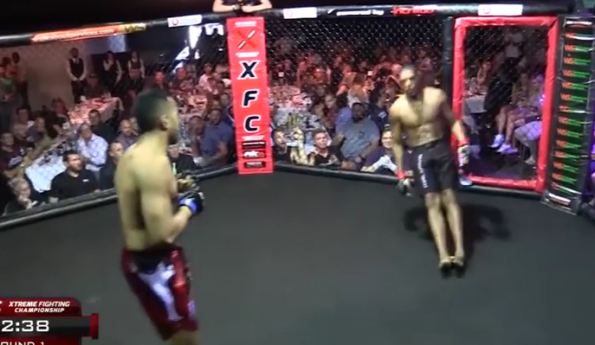 If you’re an MMA fighter, it must feel great to knock out your opponent and win the match. But imagine knocking them out without even touching them.

That insane situation actually happened last month in Australia’s Xtreme Fighting Championship (XFC) where James Vake took on Michael McDaniel. Halfway into the first round, Vake put McDaniel into a choke, although he managed to escape.

However, as soon as Vake got up, McDaniel completely passed out in the ring without any provocation. Check it out:

Now before you start worrying, McDaniel is totally fine. Apparently the pass out was due to lack of oxygen to the brain, probably because Vake fucked him up so bad beforehand. So basically, Vake managed to pull a knock out move without actually touching the guy. What a legend.