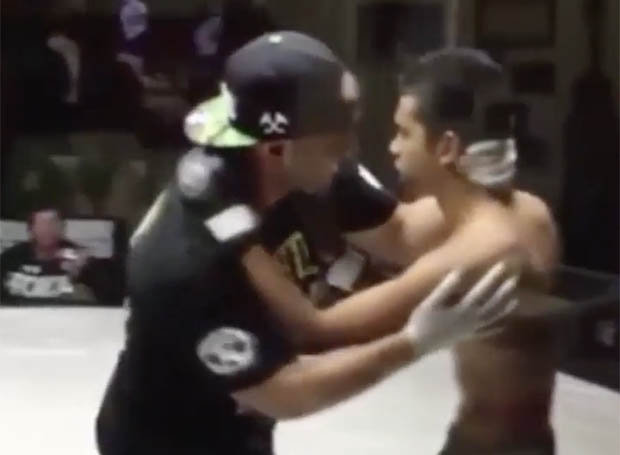 You’ve got the wrong guy.

Over the weekend, a guy named Frank ‘The Crank’ Camacho shared some footage of an MMA fight that took a very confusion turn.

In the video, one fighter receives a soccer-kick to the head, leaving him briefly unconscious by the strike. However, when he wakes up, the young man is immediately ready to go back to war. Only issue is, he’s in such a daze that he ends up going for the referee:

That’s lucky that Camacho kept his head and was able to calm down the fighter before anyone was hurt. The look of confusion as he realised what had happened was priceless.

For more MMA mishaps, check out this mum who tried her hand at the sport, only to get obliterated by one punch.