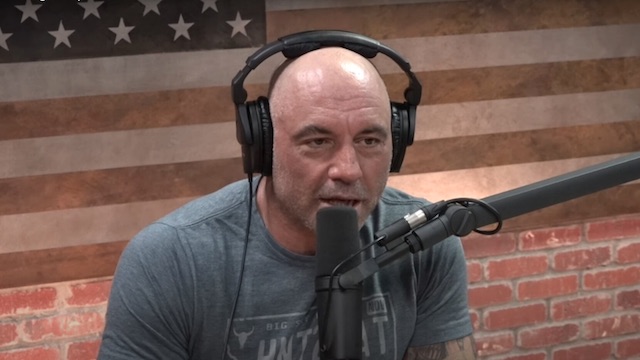 Joe Rogan might be loved by many for his world famous podcast, but it’s not exactly a secret that he’s got some views that could be described as problematic and now trasngender MMA fighter Fallon Fox is demanding that Spotify drop the guy because of some transphobic comments he made on a recent episode. We’ll see how that goes hey?

Here’s what Fox had to say about him this time:

Joe Rogan @joerogan is being transphobic yet again. He’s had more transphobic episodes than you can shake a stick at. Spotify needs to cancel his show already. https://t.co/bNEhmOVVW8

The dialogue in question goes as follows:

And then people who were marginalized for being—like, generally dumb people, if they transfer over and become another gender, then they get praised. There are a lot of people who are idiots, but then they become trans, and now all of a sudden we think they’re amazing.

Er what? I kinda think wherever you stand on transgender issues that to label the whole population of them at stupid/dumb/idiots isn’t doing anyone any favours, but there’s no way that Spotify are going to drop Joe Rogan or even say anything to him about it. He’s pretty much got carte blanche to do whatever he wants with his podcast and that does sadly seem to mean that he’s going to continue to push his anti trans agenda. Oh well.

For more of the same, check out Joe Rogan interviewing an Area 51 scientist and proving that aliens are real. That’s a way more useful use of his time.