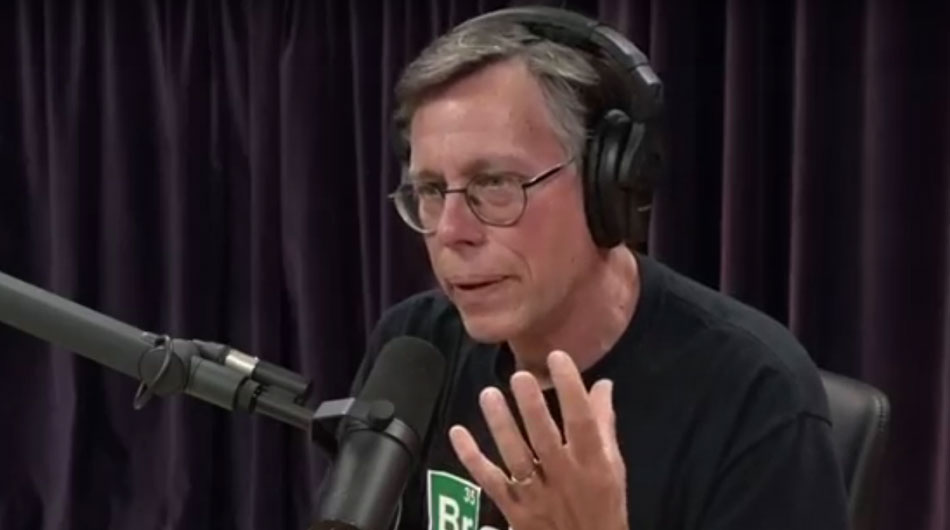 If you’re like anyone else in the world you are massively curious about the potential for alien life and alien technology and any evidence or clues that these things have come into contact with our planet.

Well last night Joe Rogan managed to interview Bob Lazar, who Wikipedia describes as ‘an American businessman and UFO hoaxer who claimed to have worked on reverse engineering extraterrestrial technology at a site called S-4 near the Area 51 Groom Lake operating location.’

Lazar is responsible for bringing the secret test site Area 51 to the attention of the general public back in the 80s, and ever since then has spent decades talking about the things he saw and dealing with accusations that he’s a hoaxer who has never even worked at Area 51 (obviously they don’t keep public records and it’s not like you can take photos in there or anything).

Here’s a clip from the interview:

I don’t know about you but he seems pretty genuine to me. Aside from the talk about reactors and creating their own gravity (which is fucking nuts), he talks about alien spacecraft contained at the site where the seats are built for someone (or something) 3 foot tall max, and how he was given briefing documents describing the historical involvement with Earth for the past 10,000 years by extraterrestrial beings from a planet that orbited the twin binary star system Zeta Reticuli.

Lazar has his supporters, but most of the scientific community remains sceptical about his claims. I like to think I can get a pretty good read on people who are talking shit but I just don’t get that vibe watching him in this interview. In fact I’m now convinced aliens are 100% real and we are in deep shit if they decide to invade en masse. They create their own gravity FFS!

For the woman who claims she was abducted by aliens who took selfies on her phone, click HERE. She’s even got the photos.