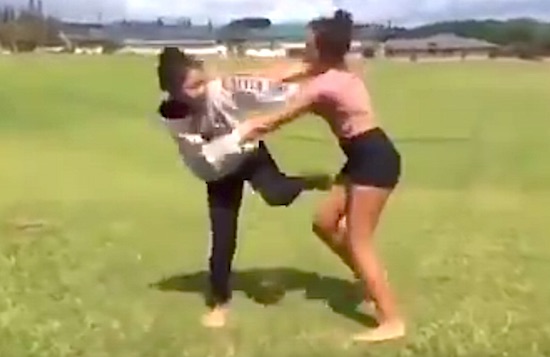 The greatest downfall of any bully is picking a fight with the wrong person, and that’s precisely the case in this clip going viral today.

It doesn’t take long to figure out which person in this video has the MMA experience, and which one’s just trying to wing it.

The takedown, the arm bar, the ground and pound and then the choke-hold for the finish – don’t think you can get dominated much harder than that. Pretty sure the bully was legit asleep at the end? That’ll learn her I suppose.

For more bullying attempts gone wrong, get a load of this girl knocking herself out outside McDonald’s.