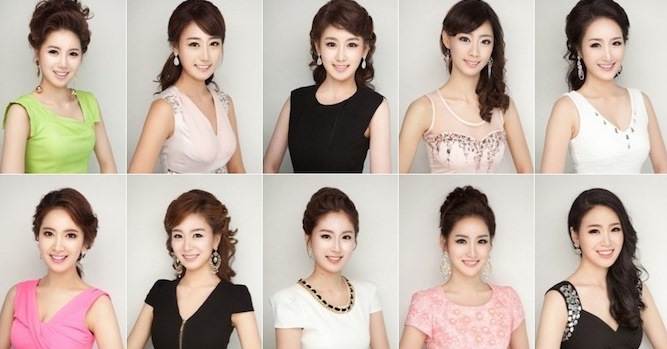 There’s been some controversy surrounding the Miss Korea 2013 Finals – all the girls look the same.

There’s some controversy brewing at the Miss Korea pageant this year. The finals appear to feature girls who all look the same, and not in that “Koreans all look the same” type of way (you awful racists), but more in the “all had work done by the same plastic surgeon” type of way.

Obviously young girls in Korea are dealing with the same Hollywood-sanctioned beauty ideals that we have in the Western world, worse even – considering South Korea has one of the the highest rates of plastic surgery in the world. The most popular cosmetic procedure among Korean women is to have their eyes “fixed”, with parents offering the surgery to their teenage daughters as school graduation gifts and birthday presents like it’s just a quick pedicure or something. 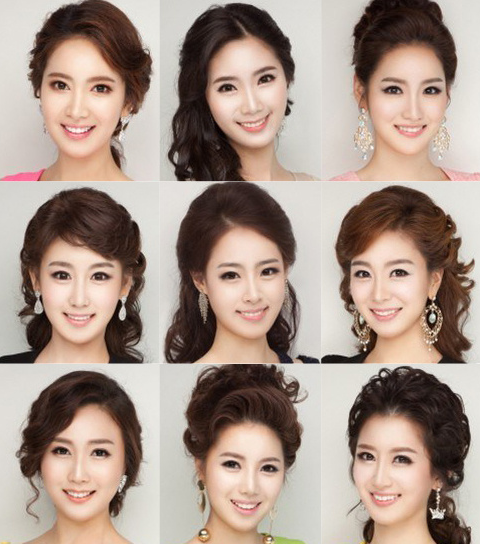 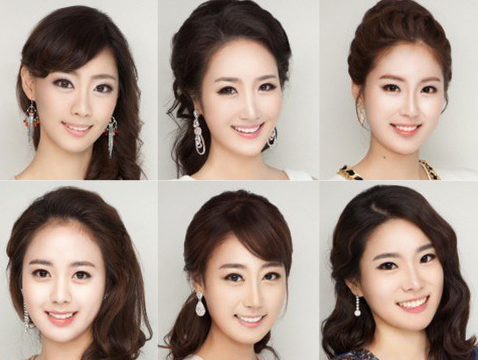 Are we just being silly though? I wonder if Koreans also think these women look the same. Surely – I mean look at them. You can’t deny they look unnervingly similar; even their skin tone is identical. Is that photoshop, lighting, or are they all using the same skin lightener as well?

So which one of these girls will triumph in a competition where they are all essentially competing against clones of themselves? Do they have to give some sort of contrived, pretentious speech about why they love their country the way we do it in the West? Or will Kim Jong Un sabotage the coronation ceremony at the last minute, ordering the girls off the stage and back to his hotel room, as he declares himself the winner?

Okay, Gangnam Style dance-off it is.