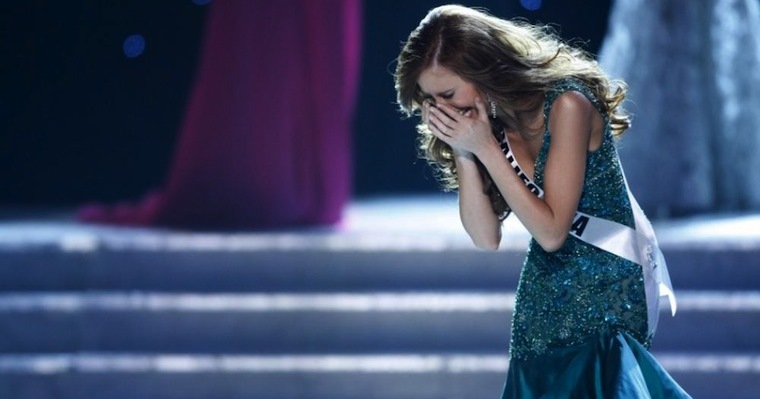 A Miss California contestant laments her decision to sleep her way to the top with a man who couldn’t actually make it happen.

It’s a story as old as beauty pageants themselves. 24 year old Miranda Bryant thought she was headed for superstardom as she embarked on an affair with the co-founder of a Miss California USA recruitment company, Erik DeSando.

But after she failed to win the 2012 Miss California crown, she never heard from DeSando again, and now she’s taken to the press to let the world know that behind all the bright lights of the beauty pageant world exists a shady underbelly where pervy men tell lies to exploit young girls. You’re shitting me!

Who is to blame here? The middle aged sleaze looking to hook up with a girl 20 years younger than him or the naÃ¯ve wannabe who fell for his blatant bullshit?  Cliches don’t come much bigger than this one, so why is Miranda Bryant so surprised? The man runs a model recruitment agency for flip’s sake, obviously he’s going to tell you that you have star potential — right before he charges you a thousand dollars for headshots.

The jokes thing is, if you go on the 2012 Miss California website and check out all the girls, Miranda Bryant has the most budget picture out of everyone. Seriously, is this supposed to be a picture taken by a professional: 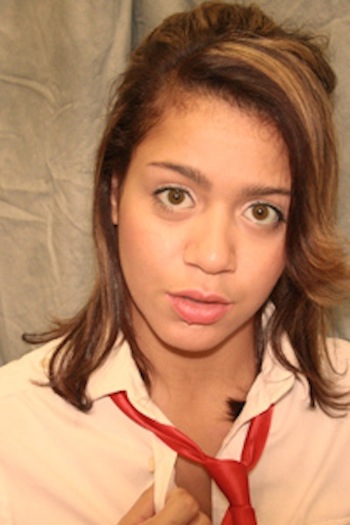 So did this girl willingly pimp herself out? Presumably she’s only kicking up a fuss because DeSando didn’t comply with his part of the deal. I don’t want to be too harsh because we all do stupid things in our early 20s, but deep down she must have known that a man in his 40s who takes pictures of himself pouting in the gym may not be the kind of man you want to trust with your future: 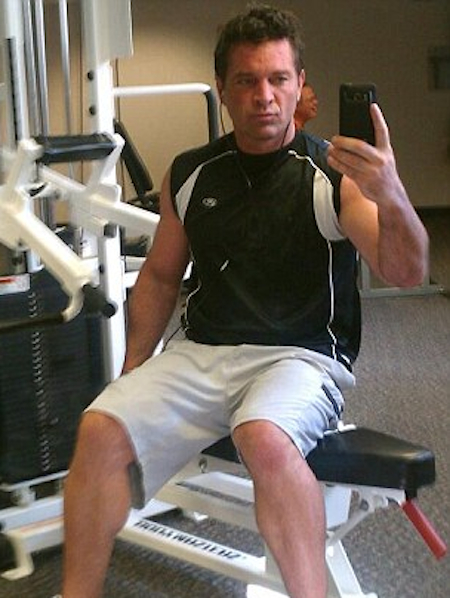 Miranda’s hindsight appears to be 20/20 though, as she remembers meeting DeSando for the first time in a ‘sketchy office,’ which ‘looked more like a dirty tire shop than the HQ for the most prestigious pageant in the nation.’

â˜› Also An Old Perv: The Sleaziest Guy Ever?

“He said he knew I was special and that I was going to be famous. He said he had all these plans for me that he would disclose in the future.”

Ah, the future. I wish I could get a loan from the bank simply by assuring them that I would disclose my repayment plan “in the future.”

That has to be one of the sleaziest things a grown man can say to a woman half his age. Especially when the man in question recruits young women into beauty pageants for a living.

Anyway, Desando denies having any kind of intimate relationship with Ms Bryant, although he did immediately resign from his job, which is a strange thing for a guilt-free man to do.

Females of the world, let this be a lesson. If you have any understanding of life whatsoever, you will be more than a little cautious of a man who promises you the world in exchange for a blow job. Don’t get taken advantage of like this girl because not only will you be a living breathing clichÃ© but all your friends and family who are there to comfort you will be secretly asking each other what the fuck you were thinking in the first place.