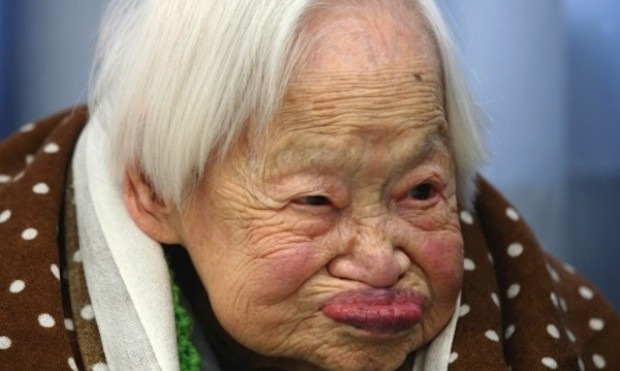 Just over a year after we wrote a blog bigging her up for turning 116 (kind of feel bad about some of those jokes now), Misa Okawa from Osaka in Japan has passed away of heart failure weeks after turning 117 years old.

Tomohiro Okada, who worked at her nursing home, said:

She went so peacefully, as if she had just fallen asleep. We miss her a lot.

Okawa was born on 5 March 1898, and was first recognised as the oldest person in the world by Guinness World Records in 2013. They are now in the process of discovering who the new oldest person in the world is (Japan’s ministry of health, labour and welfare assure that it’s a 115-year-old woman from Tokyo who doesn’t want her details released, maybe because she doesn’t want clowns like us writing about her).

Japan has the most centenarians in the world — more than 58,000 and most of them are women.