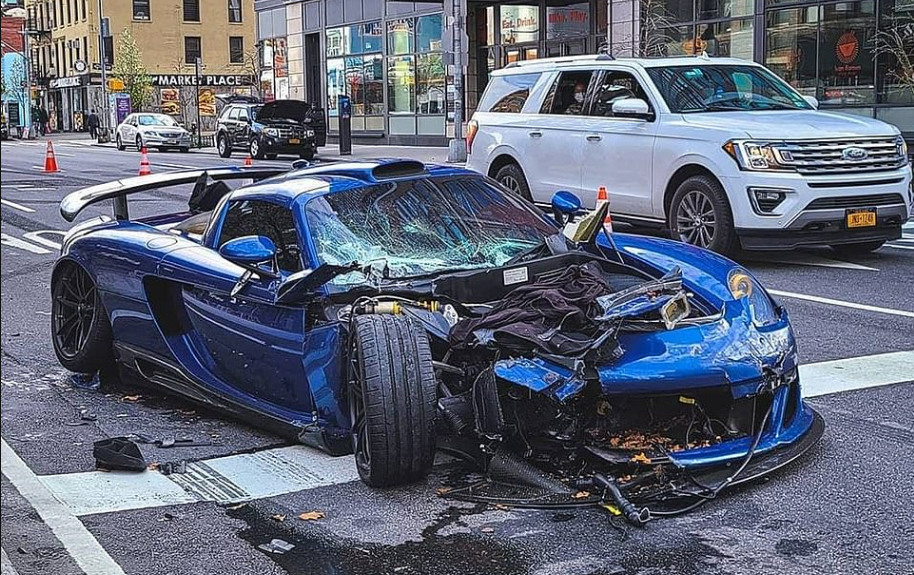 A millionaire luxury car collector wrecked his $750,000 Porsche Mirage GT supercar while speeding around the deserted streets of Manhattan during lockdown.

According to the NY Post, 33-year-old Benjamin Chen was off his face on drugs as he lost control of the rare supercar at 7:30am and plowed into a parked car.

Whoops! What the hell happened there? Straight road and still managed to skid to one side and smash his car up. As you saw, Chen tried to flee the scene but ended up crashing into three other empty parked cars further down the road before he was eventually arrested.

Unsurprisingly, Chen has been in this situation before when he destroyed a $230,000 McLaren 12C Spider in 2013, while riding in the Gold Rush Rally – an annual race for supercar owners that he founded. No wonder this moron thinks he owns the roads. Fortunately he hasn’t killed or injured anyone else yet, but how long before his GTA antics claim an innocent life?

Anyway, bit weird to be flying your Porsche around the empty streets during a pandemic and waste emergency services’ time in the process, but I guess it would seem like a good idea if you’re bored and coked up or whatever this guy was on. Maybe just take a nice leisurely stroll around the mansion take time.

To watch a car thief in Manchester get punched through a wall by an angry onlooker, click HERE. Beautiful stuff.