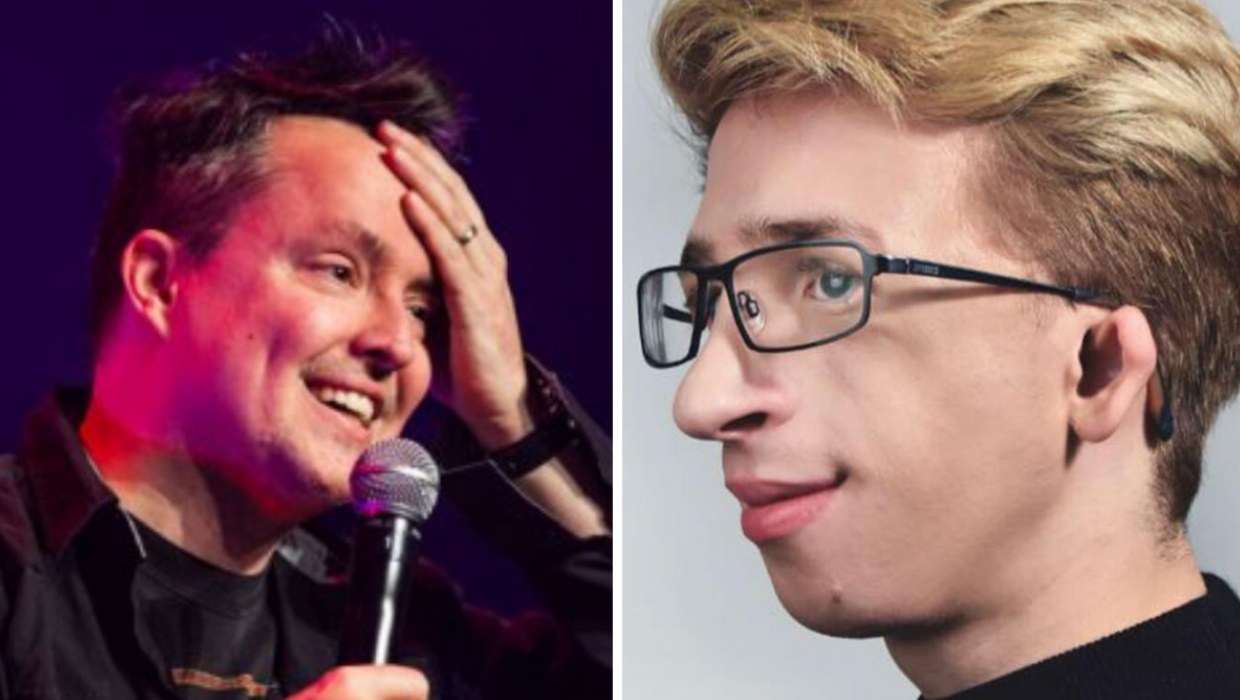 A Quebec judge has ruled that French-Canadian comedian Mike Ward must pay $35,000 compensation to a disabled boy named Jeremy Gabriel, after he made him the subject of one of his jokes during a stand-up routine.

Jeremy Gabriel suffers from a genetic disorder that causes facial deformity and affects his hearing. Comedian Ward came up with the joke after watching Gabriel sing to Pope Benedict and Celine Dion in 2005.

Ward’s jokes called Gabriel a bad singer, stating that he was “terminally ill” and that Gabriel not passing away meant that his “Make a Wish” was invalid. Gabriel was not actually terminally ill, as Gabriel’s genetic disease—Treacher Collins syndrome—does not generally have an effect on lifespan. He was also not a Make-a-Wish kid, as Ward was embellishing the story for the sake of the joke.

Ward added that he tried to drown Gabriel, but he wouldn’t die.

Here’s some footage of Ward telling the joke – hope you can understand French:

The Quebec Human Rights Tribunal ruled that the joke discriminated against Gabriel and his parents, ordering Ward to pay damages for “making discriminatory comments regarding Jeremy Gabriel, infringing his right to equality.”

Ward this week lost an appeal against the charges, and later Tweeted that he refuses to pay any fines and will be taking the matter to the Supreme Court of Canada:

My verdict just came in. Thought I should set the record straight. I lost, kind of, but not really.

I think the key part of Ward’s statement is this:

In a ‘free’ country, it shouldn’t be up to a judge to decide what constitutes a joke on stage. The people in attendance laughing already answered that question.

Ward’s lawyer, Julius Grey, adds that the court’s ruling is bad news for the world of comedy:

In this particular case, if the judgement is maintained, no one will be able to dare to be a stand-up comic, because normally you make fun of things that are controversial—otherwise it’s not funny. If anything that is controversial can authorise someone to say ‘I was hurt, I’m going to court,’ we’re finished.

The Appeals Court had ruled that Ward went too far, passing what’s permissible by law:

What is funny for some can be considered bad taste by others … Humour, especially the kind of humour that Mr. Ward practices, can appeal to sarcasm, mockery and even insult. The border between a limitation to freedom of expression in the name of dignity and censorship is thin. … Comedians must realise, however, that artistic freedom is not absolute and that they, like all citizens, are responsible for the consequences of their words when they cross certain limits.

Mike Ward also went on Joe Rogan recently to discuss the situation – here’s the clip (in English this time):

Did Mike Ward go too far with his joke about a poor, defenceless disabled kid? Possibly. But to fine him $35,000 over it and essentially terrify him and other comedians into never making controversial jokes ever again? Not an ideal solution if you ask me and sets a pretty lame precedent.

If comedians are going to say offensive/unacceptable things, let them and have them deal with the fallout from their audience and critics. It’s not up to a human rights court to determine what comedians can and can’t joke about. Let’s hope wiser heads prevail during Mike’s appeal.

For the comedian who sparked outrage after joking about rapper XXXTentacion’s death recently, click HERE.