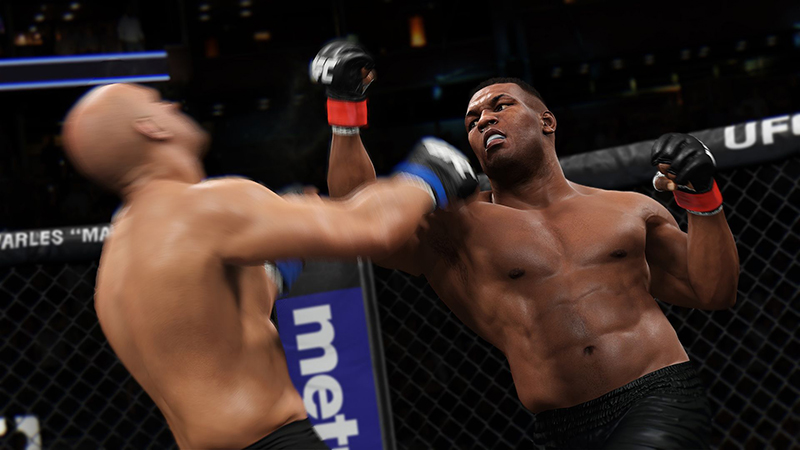 Get ready to unleash sheer brutality.

Think Mike Tyson was tough to beat in Punch Out? Well get ready to throw you PS4/Xbox controller through the roof because Iron Mike is officially making his UFC debut in upcoming EA Sports video game UFC 2.

When you think about the most devastating fighters of all time, Mike Tyson is either around, or at the top of everyone’s list.

It’s fun to think that if MMA was as popular back when he was competing as it is today, you might have seen Tyson put on four ounce gloves and step into the Octagon. This is one of those great ‘what ifs’ that we get to create when making a game like EA Sports UFC 2.

In fact the game will feature 2 versions of Mike Tyson – the fresh-faced, devastating up and comer and the face-tattooed lunatic of later years.

Conor McGregor, Ronda Rousey, Bas Rutten, Kazushi Sakuraba and even CM Punk are all scheduled to be in the game (despite the most latter yet to make his debut IRL).

If you’ve yet to see how terrifying Mike Tyson was even as a 15-year-old – check out this footage HERE.