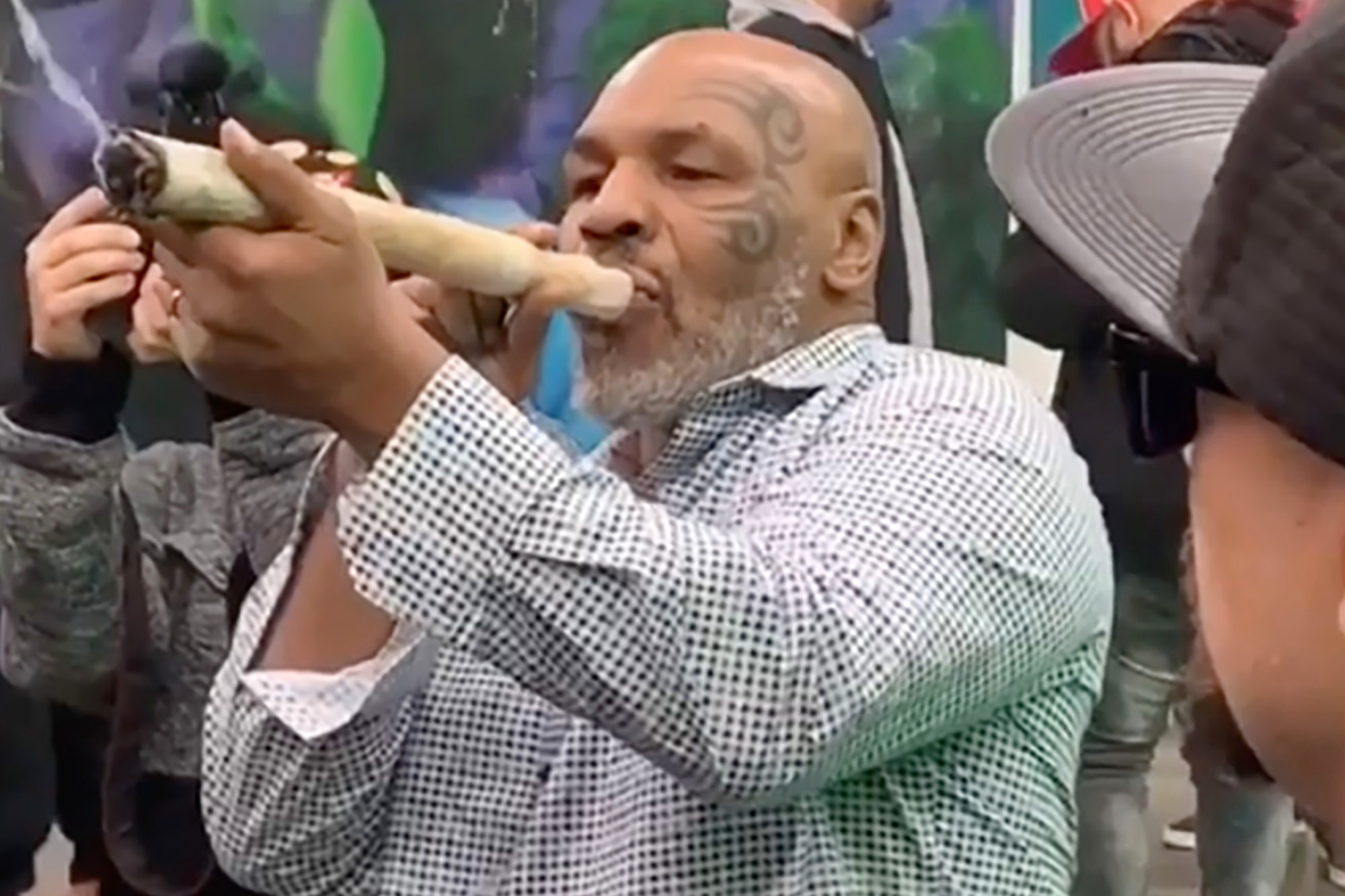 One of the stranger developments of recent times is the transformation of Mike Tyson from an aggressive and violent alpha male into a passive and reserved major stoner and to be honest we couldn’t be more for it – seems like Tyson is in a much better place than he has been before and that his development of his marijuana ranch should be a major benefit to US stoners and the US economy.

It’s great that Iron Mike is calming down and finding some kind of inner peace, but it’s also a good thing that he owns his own marijuana ranch because the amount of green that he’s smoking is literally insane. Tyson was speaking on his ‘“Hotboxin’ with Mike Tyson’ podcast – he’s really getting into the weed thing isn’t he? -where he estimated that he smoked roughly $40,000 of weed with his buddies at his ranch.

That’s roughly 666 eighths of bud which is something like 22 eighths a day in your average month which is pretty much an eighth an hour. Holy moly – I can’t even imagine smoking that much weed – guy must literally be constantly smoking his weed his entire day and whilst he’s asleep to keep up that kind of ratio.

That’s really goddamn impressive but I guess that’s what you need to do to completely suppress a personality as off the chain as Iron Mike’s used to be. Maybe everyone should try it – would make the whole world a lot more chill and maybe we could all think up great new ideas like the world’s longest lazy river. All sounds good to me.

For more of the same, check out this story about Steve-O and Mike Tyson going on an epic cocaine bender. Crazy.