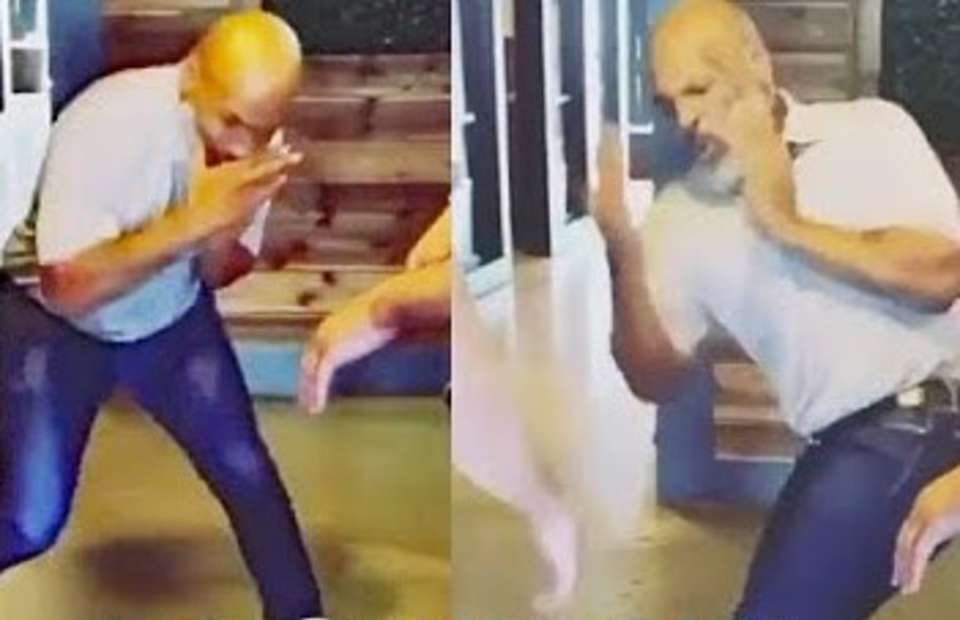 Any time a retired pro athlete shows flashes of their former selves, it’s pretty great to see – especially one who completely dominated his sport like Mike Tyson.

Jesus. How dangerous did that look? Just as scary as the famous Mike Tyson training video from 1986:

You can just imagine the devastation those punches would cause if they connected. It looks like pure instinct for the guy, like he’s not even thinking as he does it. I love the way he shifts his entire body as he moves as opposed to just his feet.

A good recent clip of Tyson is this one from when he was interviewed on Joe Rogan – talking about why he doesn’t train anymore because he’s worried it will ‘activate his ego’:

It’s good to know Mike Tyson turned out to be a relatively well-adjusted person despite his tough upbringing, drug addictions, blows to the head, and serious run-ins with the law and prison over the years. Not a bad idea dropping that shadowboxing video to let everybody know he’s still got it. 53 years old. Wow.

To watch Piers Morgan of all people smoke a spliff at Mike Tyson’s weed ranch, click HERE. No wonder Mike’s more chilled out these days.