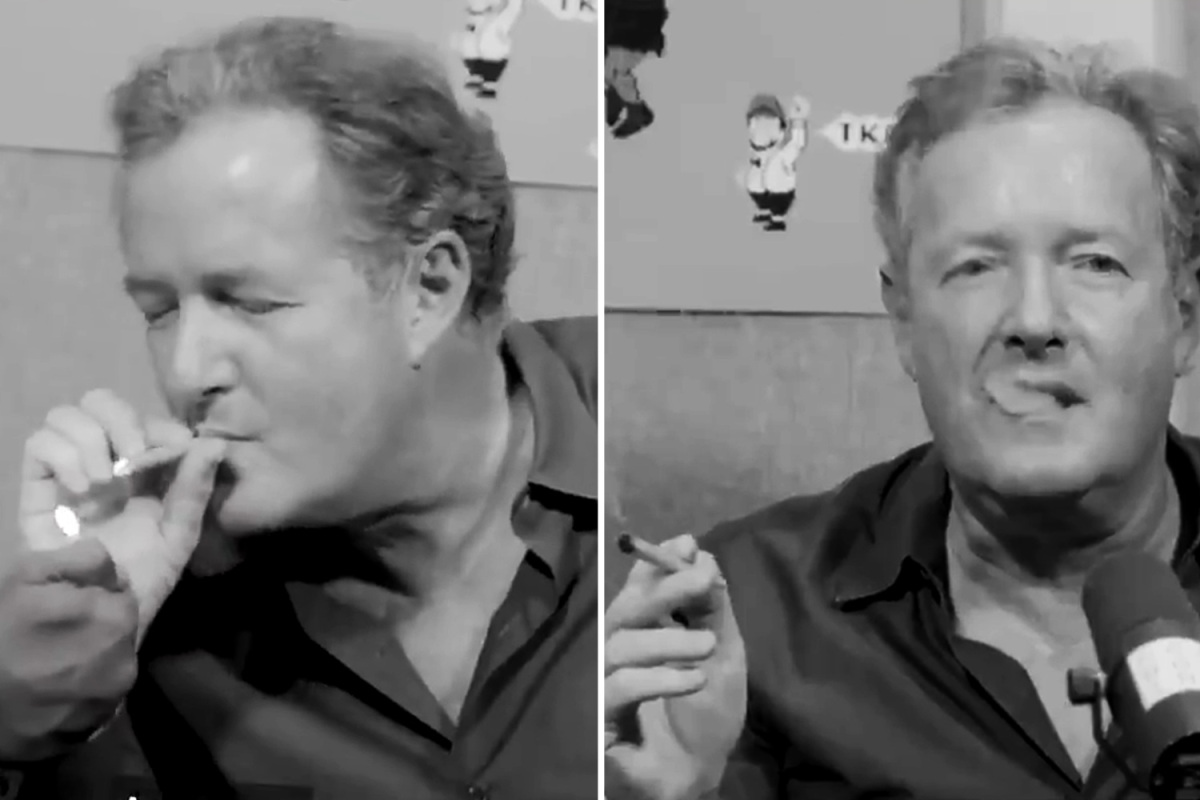 And later on we’ll be seeing pigs fly as hell freezes over.

Aside from being nice, funny, charming, or cool, smoking a spliff is pretty high up on the list of things I’d never expect Piers Morgan to do.

Boy, was I wrong – on a recent trip to California, when appearing on Mike Tyson’s latest podcast, the Good Morning Britain presenter did the unthinkable and took a toke on air, much to the disbelief of the entire nation.

To be fair, Piers was in a part of the world where smoking weed recreationally is legal for people over 21 and it happened at the boxer’s cannabis ranch for a podcast called Hot Boxin’. So yeah, if you’re going to smoke weed for the first time, this was an ideal set-up.

In the clip shared on social media, which Piers aptly captioned “When in Rome”, the presenter asks Tyson: “What am I supposed to do with this Mike,” while holding the spliff in his hand.

To which the athlete replies, “Smoke it!” After a bit of laughing and a helping hand from his new pal, Piers takes a good old toke like it’s the most natural thing in the world.

But, as we know, it’s not the most natural thing in the world and I highly doubt that one pull is enough to undo all of the shit going on in that man’s head. Still, I’ve got to hand it to him for giving it a go.

For more on why Piers Morgan needs to chill out, here he is spitting out an M&S Percy Pig because it’s not vegetarian.