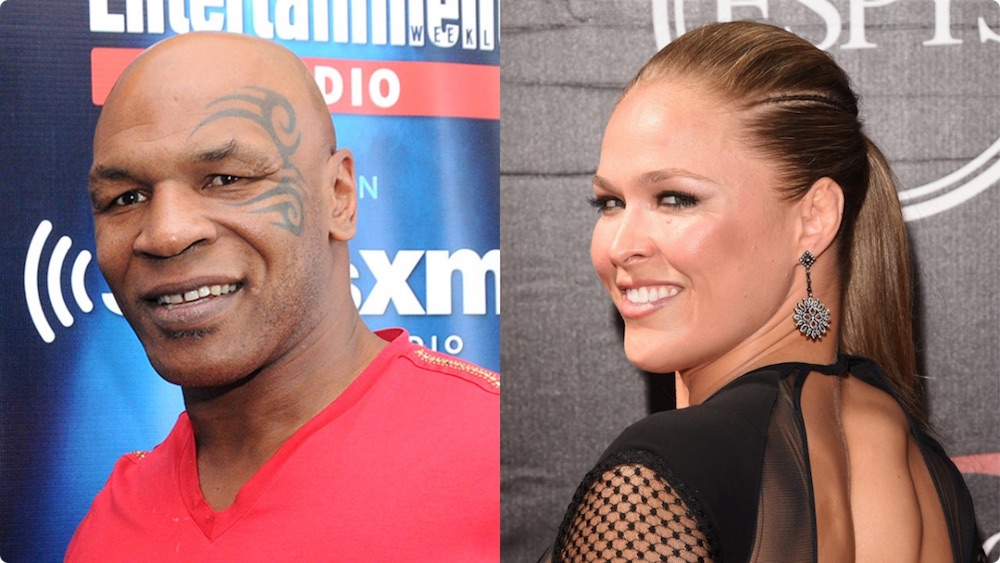 A rare moment of seriousness from Iron Mike.

Mike Tyson is perhaps one of the only people in the world who could have known how Ronda Rousey felt after she was knocked out by Holly Holm – he too had been knocked out by a nobody named Buster Douglas when everyone thought that he was going to score an easy win.

That’s why he’s probably the best person to give her some advice about how to deal with her loss, even if does come about three months too late. Mike was appearing on Conan last night for some reason and when the talk turned to Ronda he offered the following comments:

Cool David and Goliath reference bro. To be fair, the guy sounds like he knows what he’s talking about there and it’s some pretty good advice, which makes a change from the usual Mike Tyson you might hear from.

To see how this compares to Mike’s usual persona – as if you aren’t already aware of that – then check out these 12 crazy stories from his autobiography.