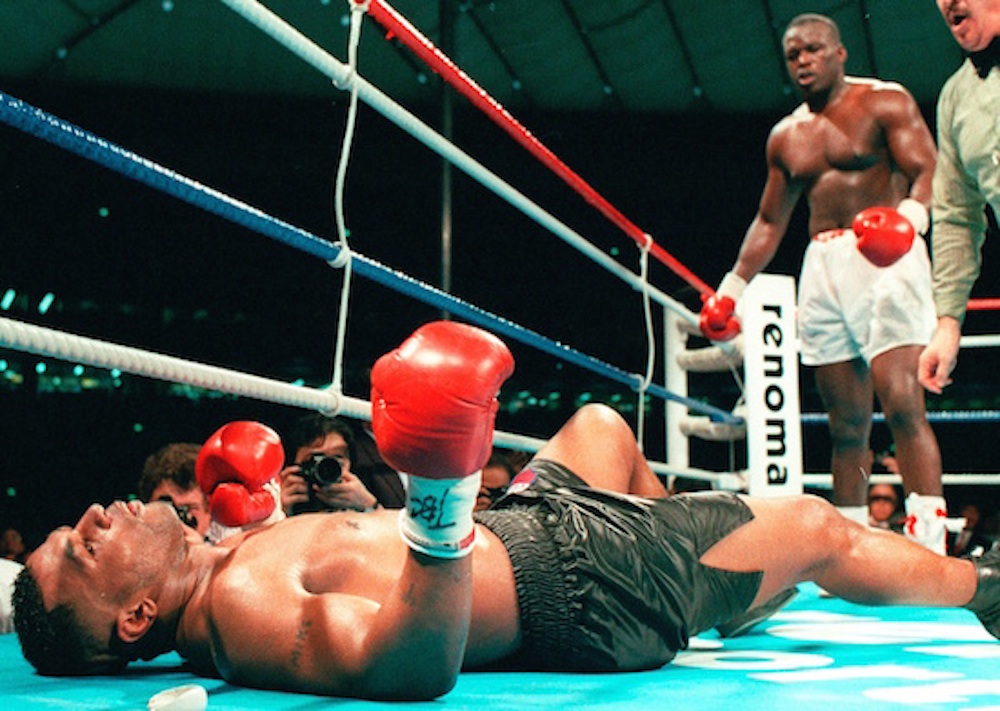 This will get you absolutely pumped up.

Motivational videos are normally completely awesome because they just feature a load of awesome shots of people training and busting their balls whilst someone reads a speech over the top of it and normally gets more and more pumped up by the end of the video. They tend to really inspire you and make you want to get up off your ass and do something with your life.

This one is no different and features there story of the fight between Buster Douglas and Mike Tyson in Tokyo in 1990. Buster Douglas was a massive underdog in this fight and it was thought that Tyson would easily finish him off, especially after he got knocked down and was only saved from the ten count by the round ending. What happened in the next round is widely regarded as one of the biggest upsets in sport, as Douglas managed to somehow fight back and knock Tyson out.

Relive it in the video below, alongside some crazy guy telling the story and getting you unbelievably pumped up with it. Go out and do something today, but first check out these 12 crazy stories from Mike Tyson’s autobiography. He’s had one hell of a life.