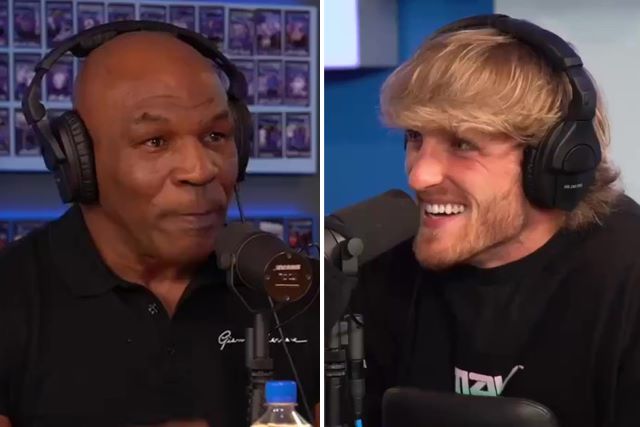 The other week, Mike Tyson went on Logan Paul’s podcast, ate 4 grams of mushrooms and then proceeded to talk for an hour sounding like he had a mouth full of lozenges.

At one point, Logan’s buddy asks Tyson about the Logan Paul/Floyd Mayweather fight coming up in February 2021, and Iron Mike gave it to him straight:

Love it. The best part is Tyson saying Floyd might let Logan Paul hit him a few times just “for the show”, which is probably accurate because Floyd is such an elite fighter that Logan won’t get a chance to touch him unless Floyd wants him to. I mean some of the best boxers in the world couldn’t lay a glove on Floyd when they fought him, what hope does a YouTuber with 2 fights under his belt have?

Unless… Logan Paul shocks the world in February? He’s deluded enough to think he has a chance, even after Mike Tyson’s crushing prediction, but maybe that’s what it takes! One thing’s for sure, if Logan Paul does manage to knock out Floyd Mayweather, the world will never hear the end of it. That’s why we all have to hope and pray it doesn’t happen. Come on Floyd, get it done!

Even Logan Paul’s own brother Jake says Logan is going to get battered. Thanks for the support bro!