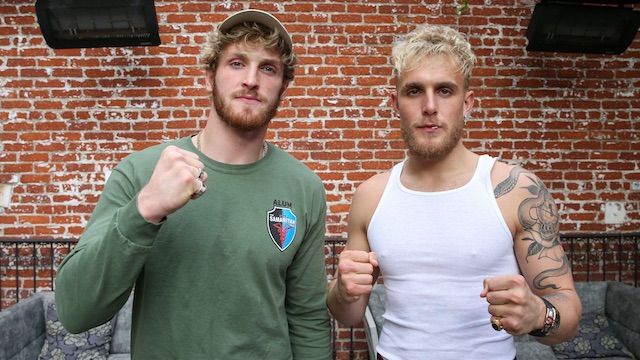 I’ve been purposefully ignoring the Jake Paul/Logan Paul and whoever they’re trying to fight narrative over Xmas because it’s basically bullshit and I knew there would be about a hundred stories to come back when I returned to work and what do you know? I was completely right.

Anyway this one is a bit different to most of the stuff that we were talking about last year as Jake Paul has taken the unusual step of insulting his brother and telling everyone that he’s going to get his ass completely kicked when he steps into the ring with Floyd Mayweather on February 20th. I think that most people probably already imagine that’s exactly what is going to happen, but it’s still kind of a weird flex coming from one of the Paul brothers themselves, especially when Jake is trying to fight Conor McGregor and that’s probably going to have the same result.

Anyway, here’s what Paul had to say in a recent interview with TMZ Sports:

It’s bad for the sport. I think it’s just for clout.

I’m the fighter in the family.

Yeah, I’m not sure why he thinks this is bad for the sport when he’s literally fighting a former UFC fighter (Ben Askren) in a boxing ring shortly and recently took on a former NBA player (Nate Robinson) in the same format, but I guess it’s one set of rules for one Paul brother and another for the other one. Watch us continue to cover this storyline throughout 2021 as it only becomes more and more stupid, hopefully culminating in both of them getting knocked out by their elite opponents.

For more of the same, check out the Jake Paul and Ben Askren beef. Can’t wait for Ben to knock him out come March 28th.