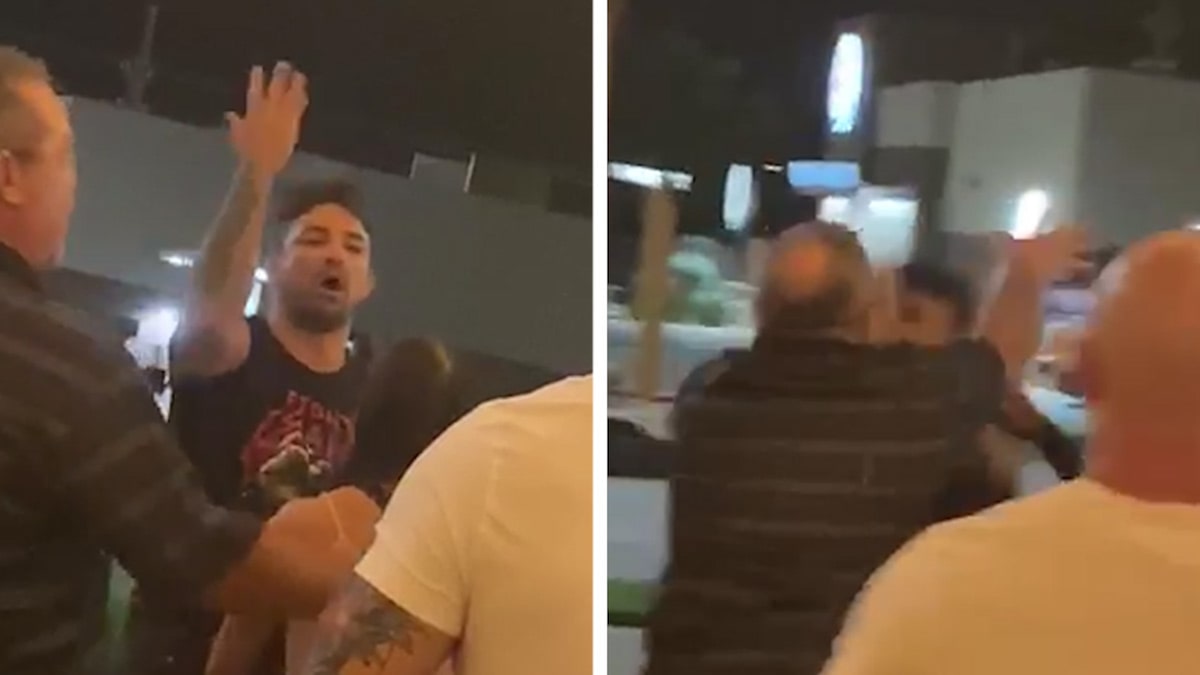 This is not good.

UFC star ‘Platinum’ Mike Perry has somehow NOT been arrested after punching an old man in the face at a Texas restaurant this week and then dropping a few N-bombs on his way out of the venue.

Witnesses told TMZ the whole thing started when Perry got into a physical altercation with someone at his table at the Table 82 restaurant in Lubbock, TX. An employee at the restaurant then asked a drunken Perry to leave, but Perry punched him in the face.

As Perry and his girlfriend then left the restaurant, this happened:

Mike Perry in a bar fight last night over someone “touching him”.

This is pretty disgusting behaviour from a UFC calibre fighter. Acting like a complete child. pic.twitter.com/ZAuxZTtXtW

Yikes – not good. Perry has told police – who again, didn’t arrest him – that he was trying to leave the restaurant peacefully but people “kept putting hands on him”. He admits getting physical with multiple people but only after they touched him first.

I’m not really sure someone touching you is grounds to knock them out and after all it did only look like the old man was trying to diffuse the situation. Question is how will the UFC react to seeing this video? Mike Perry has been coming off like a bit of a nut job in interviews recently so this video will definitely be cause for concern, not just because of the old man KO but also the N-bombs that followed. Although Perry has defended his use of the word in the past by saying he’s 2% African (seriously).

My nigga @TWooodley be Instagram livin and drivin lol hope there is not a video of you getting pulled over on IG Live one day PATNA ! 👈🏼 ( Skreet slang for Partner ) 👆🏼👈🏼 peep the tone in my imoji skin #RNS

White people using ‘nigga’ to insult a black person, I don’t give a fuck what your intentions were, it ain’t right. The few times I’ve run into Perry during fights he’s seemed cool, this isn’t cool. https://t.co/4PnQ5vHKVl

Think the guy should probably seek some help because he clearly ain’t all there in the head. Let’s hope the old man isn’t hurt too badly either.

For the time Conor McGregor punched an old man in the face at an Irish pub for refusing a glass of his Proper Twelve whiskey, click HERE. If Mike Perry was half the star McGregor is, he might even get away with it too.