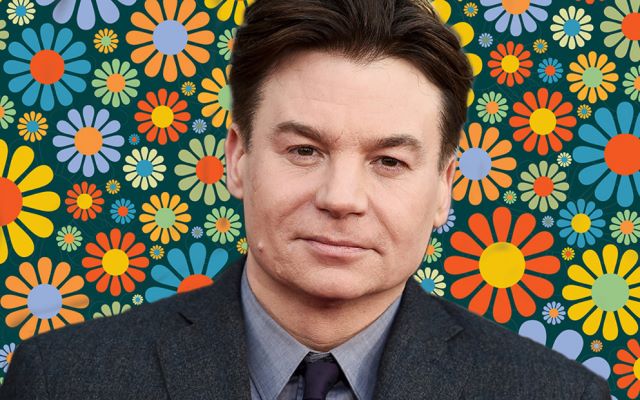 The comedy legend is back.

It’s been a while since the days where Eddie Murphy & Mike Myers would play multiple characters in their respective comedy movies, but it looks like the latter is set to bring that device back to life with new Netflix series ‘The Pentaverate’.

Here’s a breakdown from Variety:

Ken Jeong (“Hangover,” “Community”), Keegan-Michael Key (“Schmigadoon,” “The Prom,” “Lion King”), Debi Mazar (“Goodfellas,” “Younger”), Richard McCabe (“The Audience,” “Eye in the Sky”), Jennifer Saunders (“Absolutely Fabulous,” “Death on the Nile”), and Lydia West (“Years and Years,” “It’s a Sin”) will all appear alongside Myers in the series, with Myers set to play seven new characters himself. Production is currently underway on the six-episode show.

In the half-hour series, five men have been working to influence world events for the greater good since the Black Plague of 1347. As the show begins, one unlikely Canadian journalist finds himself embroiled in a mission to uncover the truth and just possibly save the world himself.

Sounds promising? I mean it’s worth a shot given that I can’t even remember the last time there was a decent comedy movie and that all the laughs seem to be coming from the world of TV anyway. Maybe a legend like Mike Myers bringing back the classic tropes that worked so well in the 90s and early 00s will be just what we need. This is the guy responsible for Austin Powers, Shrek and Wayne World FFS. He must have some good jokes left in him! Not to mention his amazing cameo in Inglorious Basterds…

Yeah OK his more recent productions like The Love Guru and The Cat In The Hat were universally panned and lost a load of money but since then he’s taken some time out, had three kids, and I guess is now ready to give it another try.

No word on a release date yet, but we’ll have the trailer for you as soon as it drops.

In the meantime, check out our rundown of the Top 10 Wayne’s World babes. Classic.