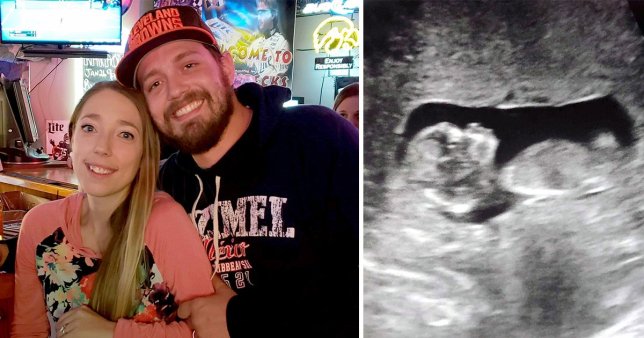 It’s fair to say that the vegan diet is actively despised by some people, but in the example we have below there’s actually a fairly good reason for the midwife to refuse helping the pregnant woman who she approached to help her perform a home birth.

30 year old Brittany Davis arranged to see the midwife via email but after she revealed that she was a vegan the woman started asking her all kinds of questions about her intake of proteins, calcium and all the other nutrients she needed in her body to ensure a healthy birth. The meeting was quickly shut down and she received this message from her the day after: 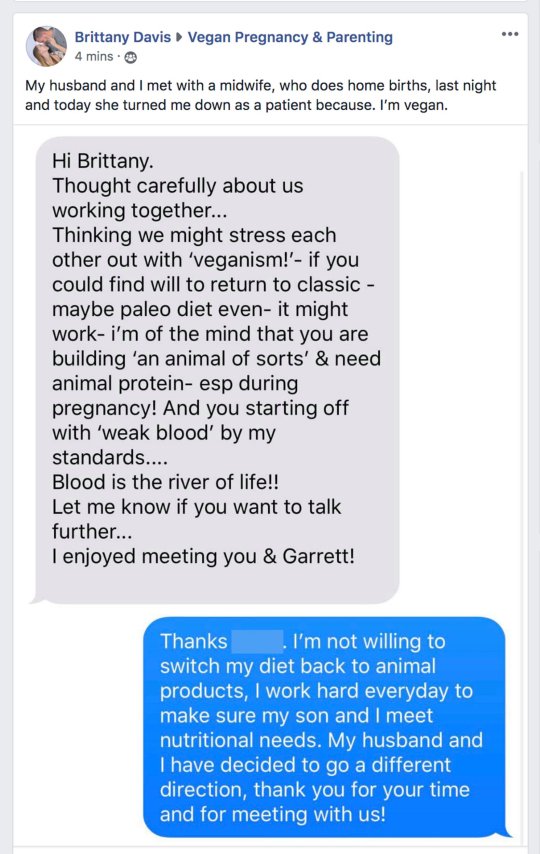 Cold – love the ‘veganism’ in inverted commas to throw even more shade at them. Brittany had this to say about how she felt receiving the message:

I’ve been vegan for over two years, so how could I have lived this long and become pregnant again if we were so deficient in these important things needed for development?

All I’d say is that she should have researched more before shooting down the idea of working with a vegan entirely to try and get a better understanding of it.

My two year old son is vegan too and I get a lot of criticism about that as well.

For the first six-months, at least once a week, I was explaining to people that it is possible to raise a child vegan and not have them be malnourished.

I would keep track on an app what I’d feed him everyday and if someone brought it up I would show them the app – it happens a lot less often now.

I also track my own nutrients and take prenatal vitamins and supplements to keep myself and my baby healthy.

I mean it does sound like she’s got it all figured out and it’s working for her, but there are stories about babies becoming malnourished and dying thanks to a vegan diet so I can understand why this midwife might have been sceptical about working with her. Not sure if it’s the 100% correct attitude, but either way it sounds like they were a bad match and Brittany can probably find someone better – maybe the person who helped deliver her first child? Where’s she at?

For more of the same, check out this story about parents who had to give their baby up for adoption because he was so malnourished due to his vegan diet. It does happen.