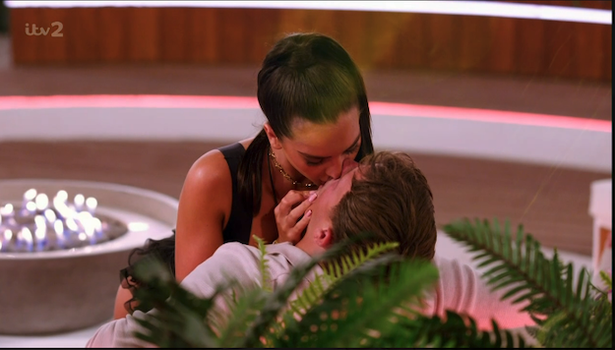 She also sucked his finger.

Michael Owen was getting rinsed left right and centre a couple of weeks ago after it was announced that his daughter Gemma would be appearing on this summer’s edition of ‘Love Island’, but it seemed as if the banter has calmed down in the last week or so.

Sadly for Michael though, it was back with a bang last night after Gemma had to give each of the boys a lap dance and decided to suck Luca’s finger as part of one of the challenges on the show. Michael was pretty coy in his reaction – simply tweeting an emoji of a face with two hands covering its eyes – but obviously some of the replies were suitably savage:

Your daughter is getting barebacked 😭😭😭😭

Ur daughter is crazy experienced. Knows how to score off the pitch huh

Did she take after the mother ??

Got a pillow on your lap Michael?

Wow your baby can swing that ass anytime

YOUR DAUGHTER IS SHAKING NYASH ON LIVE TV😭😭😭

Your daughters got back

Jesus. I imagine the guy sort of knew what he was getting himself in for – and he pretty much gets it in the neck for his ‘football analysis’ every time he appears on TV anyway so is sort of used to it – but some of these are really having a dig at him aren’t they?

Must be every parent’s worst nightmare for their child to go on that show because nobody wants to hear or see that their daughter doing that sort of stuff. Thoughts and prayers with Owen because it’s probably only going to get worse for the guy before the end of the summer.

Gotta love all the brands getting involved with the banter too. I only put Specsavers up but there were a bunch more. It just makes them oh so relatable and me definitely want to shop with them, you know?

For more of the same, check out when Michael Owen was really angry that his daughter’s NSFW photos got leaked by OnlyFans. Whoops.