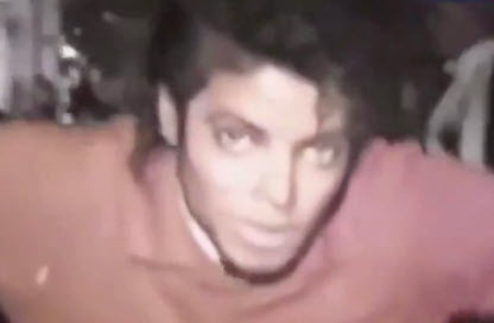 Most people have this impression of Michael Jackson as a timid, soft-spoken, ‘don’t-mean-to-bother-anybody’ type who never displayed any outward signs of rage or any sort of threat of physical violence, at least not on camera.

Don’t get it twisted though, because if you’re sticking a camera right up to MJ’s face he will shut you down in an instant. As this cameraman found out way back in whatever year this clip was unearthed from:

Love it! MJ was about to put the beats on that cameraman and honestly I wouldn’t have blamed him. You can’t just go around disrespecting the King of Pop like that and furthermore lie to his face about how close you’re filming after he’s literally asked you to not zoom too close. As a seasoned vet of the celebrity game MJ knew instantly this cameraman was full of shit and let him know it. Imagine being called a schmuck by Michael Jackson! How do you even recover from that?

Anyway, great to have some footage of how slick Michael Jackson really was behind closed doors. Not that we didn’t already have a good idea of how his harmless & innocent front was just an image. But that’s another story that’s already been done to death.

For a look at the Michael Jackson cosplay wrestler currently tearing the scene up in Brazil, click HERE. Moonwalk DDT!