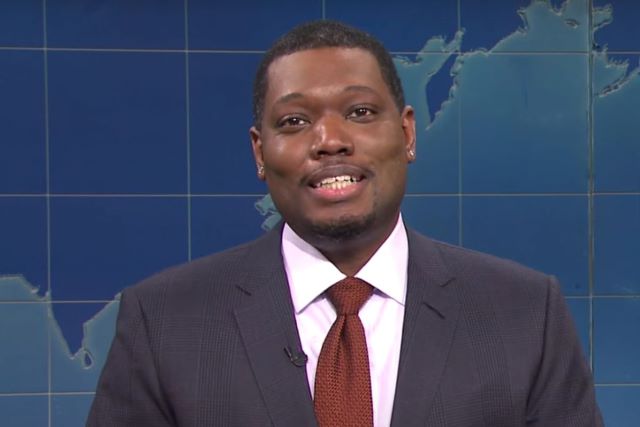 I’ve always said that if a joke is genuinely clever and/or funny rather than blatantly malicious and mean-spirited, then there’s no reason for anyone to take issue with it. Unfortunately for comedian Michael Che, the usual suspects were very unhappy with a joke he told on ‘Saturday Night Live’ this past weekend.

The SNL co-head writer is being accused of transphobia when cracking a joke about President Joe Biden’s executive order that repealed Donald Trump’s transgender military ban.

Here’s the joke (go to 2:32 if it doesn’t automatically start there):

Funny, right? Well not according to the Huffington Post and the outrage brigade on Twitter. According to them, the joke was a complete abomination:

What is Saturday Night Live’s weird obsession with transphobic nonsense? I honestly don’t get it. It’s so lazy and sad. Last night, Michael Che joked about the repeal of the trans ban being called “don’t ask, don’t tuck” — who is this “joke” for? https://t.co/Uu2JpXlrU1

our genitals aren’t your fucking business or punchline

Nice @nbcsnl , way to start off the yr with a trans joke. 🤷‍♀️ not even that funny. Actually something Don Rickles would have told in the Catskills in 1997.

https://t.co/s32q0FxN2z it’s not a joke when that sort of behavior gives people permission to be awful to trans people. If you a cis straight white male, you don’t get to say what’s offensive because damaging jokes are never made at your expense.

I really hope @nbcsnl, Michael Che, and Colin Jost do better. Targeting Trans folks, especially after a great week of news, isn’t okay. The cis het bro energy has me on guard every episode. I miss the power femme energy of Tina & Amy who told jokes w/o resorting to tired tropes.

Didn’t watch SNL tonight but wasn’t surprised at all to learn that Michael Che used the lifting of the transgender military ban to be his usual transphobic self. His transphobia is not funny and he needs to ask himself why he wants to be in the same category as JKR. #SNL

Michael Che taking the opportunity of the end of the ban on trans soldiers to be transphobic is the least surprising thing about SNL tonight, and they did a monologue about The Office.

Well I don’t know how anyone can watch that joke and think Michael Che was coming from a place of cruelty and malintent. The guy was making a joke ffs! On SNL no less – one of the most liberal, progressive-minded TV shows in America. If we all want true equality in the post-Trump era, shouldn’t we be equal opportunity piss-takers?

It’s important to remember though that the people who kick up a fuss over this sort of thing are the vocal minority. I don’t even think half of the complainers even really care, they’re just saying what they think is the right thing to say to pick up woke points on Twitter. Either way, I really can’t empathise with people who complain about jokes and will always defend a comedian’s right to make them. Go Michael Go!

To watch a gang of transgender women beat the shit out of a man on the London Underground after he said they need ‘fannies’ to be women, click HERE.