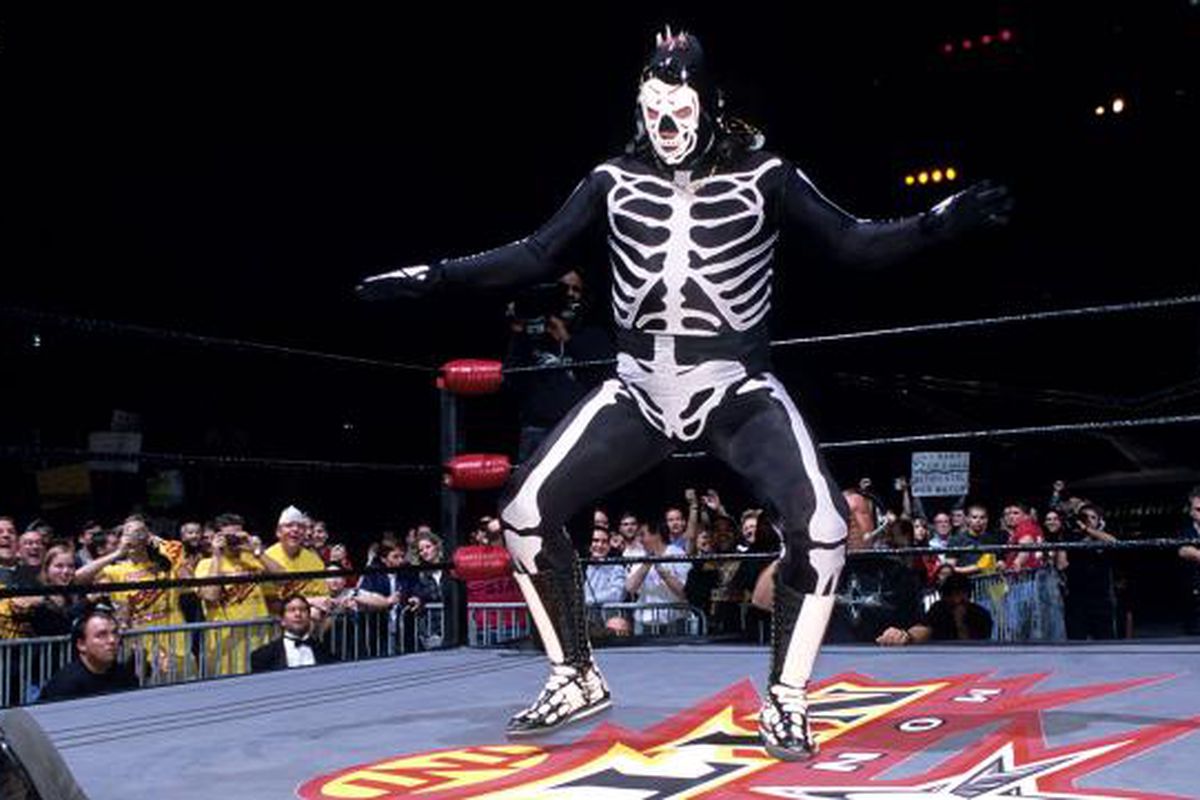 Whilst we all know that wrestling is essentially fake scripted violence these days, it’s often underestimated how actually dangerous it can be for the wrestlers when they step into the ring, but this can be seen by videos like the one below.

La Parka was a Mexican wrestler who dressed up like a skeleton and had some success wrestling in WCW in the late 90s. The man who played him is called Adolfo Margarito Tapia Ibarra and he now wrestles under the name LA Park, but a second iteration of the character is being played by a guy called Alfonso Huerta Escoboza and it was him who was seriously injured at an event over the weekend.

La Parka was wrestling at a Kaoz Lucha Libre show at Arena Coliseo in Monterrey, when he attempted a suicide dive that he badly misjudged, slamming his head into the metal barrier. You can watch a video of that below but be warned it’s kind of grim:

Oh man did you hear that slam? Sounded absolutely massive didn’t it?

The match was immediately stopped and La Parka was rushed to hospital where he said that he couldn’t feel his legs. Fortunately, he did recover feeling in them in the hours that followed, but the extent of his injuries are still unknown.

Thoughts and prayers with La Parka and his family and friends at this time and remember – don’t try this at home.

For more of the same, check out this ref snapping his leg during a wrestling match but still powering through. Hero.