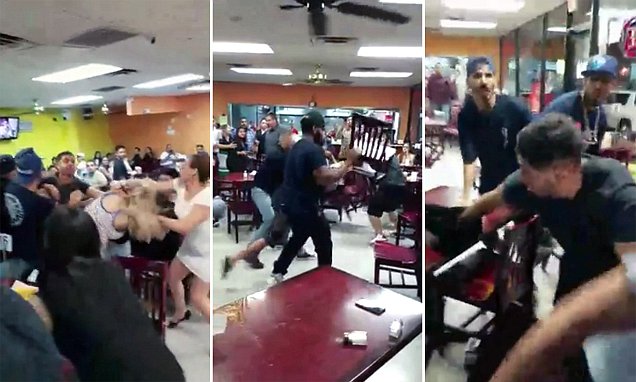 Restaurant fights are pretty much a staple of the internet at this point, but it’s been a while since we saw one containing this much carnage.

The massive brawl took place at Taqueria El Paisano in Dallas, Texas this week and by the end of it I think they’d smashed up every chair, table and enchilada in the place.

Well if you’re going to get in a food fight, you might as well go all-in, which is exactly what these guys did. Definitely made the most of it for the camera. That one dude getting battered with chair shot after chair shot in the corner was not unlike The Rock battering Mick Foley with the chair at the Royal Rumble that one time. Just surprised no one got put through a table to be honest.