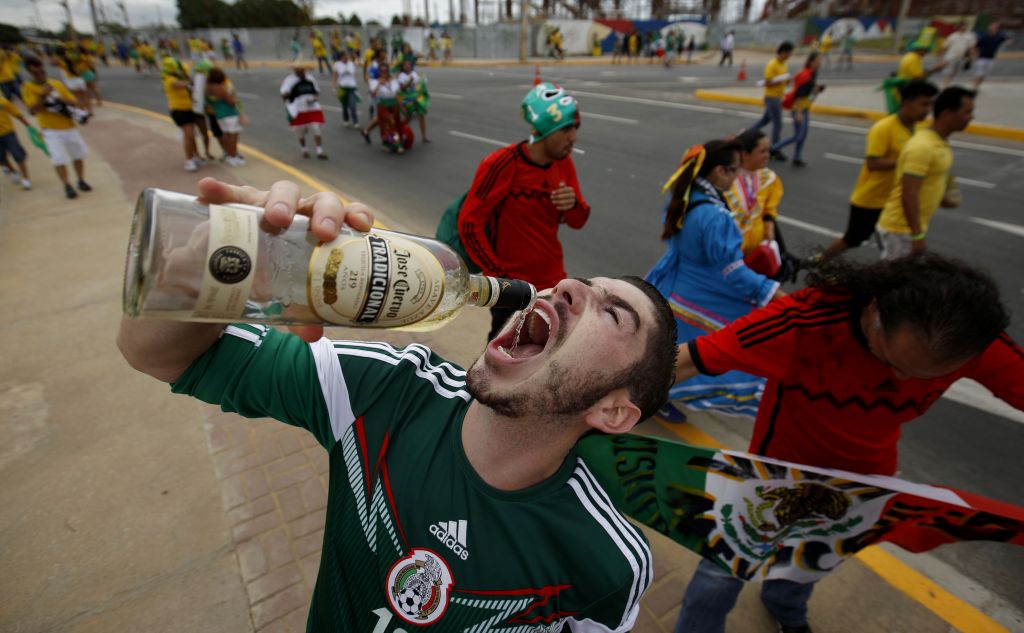 The beauty of the World Cup.

Everyone in Mexico pretty much thought they were through to the last 16 of the World Cup before their game kicked off yesterday having managed to beat both South Korea and Germany, but they weren’t ready to go 3-0 down to Sweden which meant that a goal for Germany in the the dying minutes of the match would have seen them eliminated.

Fortunately for our friends across the Atlantic – and pretty much everyone else in the world – the plucky South Koreans were able to shut out the Germans and score two goals in the last minute which meant both Sweden and Mexico made it through the group stages. But man, was that a tense final twenty minutes for everyone involved.

Understandably, the Mexicans were elated that the South Koreans were able to pull off one of the great World Cup upsets and they were desperate to show just how much this meant to their nation – by storming the South Korean embassy and forcing their ambassador to down a bottle of tequila. Check out the awesome scenes below:

Wow. If that doesn’t sum up what the World Cup is all about – bringing nations from across the globe together in celebration – then I don’t know what does.

So many great scenes from this World Cup already and that just might be the best. Aside from when Harry Kane lifts the trophy in a couple of weeks that is.

For more World Cup, check out this England fan who already has an England World Cup Winners tattoo on his chest. It’s coming home boys, I’m telling you.