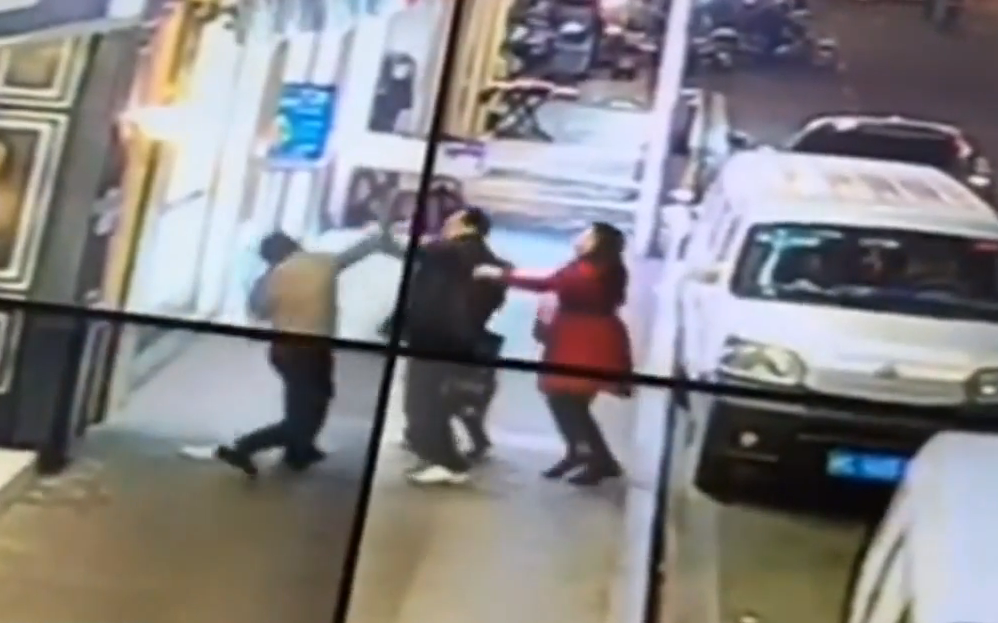 Not what you want to encounter when you’re walking down the street.

This echoes what a woman did walking around New Orleans a few months ago, although it seemed like she was on meth and she wasn’t stabbing people in the face so this is way more serious.

This guy is literally running around the street with a knife and stabbing people in the face with it like it’s no big deal and making it look like he’s having the most fun ever, just jumping around giggling like a little school girl. Fortunately he was able to be subdued by a police patrol but not before he had injured thirteen people, with one in critical condition.

The dude was said to be mentally ill and is currently under observation. He’ll probably be sent to one of those brutal Chinese prisons.

This all went down in Jinjiang City which is located in south east China’s Fujian Province and is probably somewhere I never want to visit on the strength of this video. Can’t be dealing with the chance that some psycho might just come running down the street trying to stab me in the face whilst I’m trying to enjoy my noodles, no way.