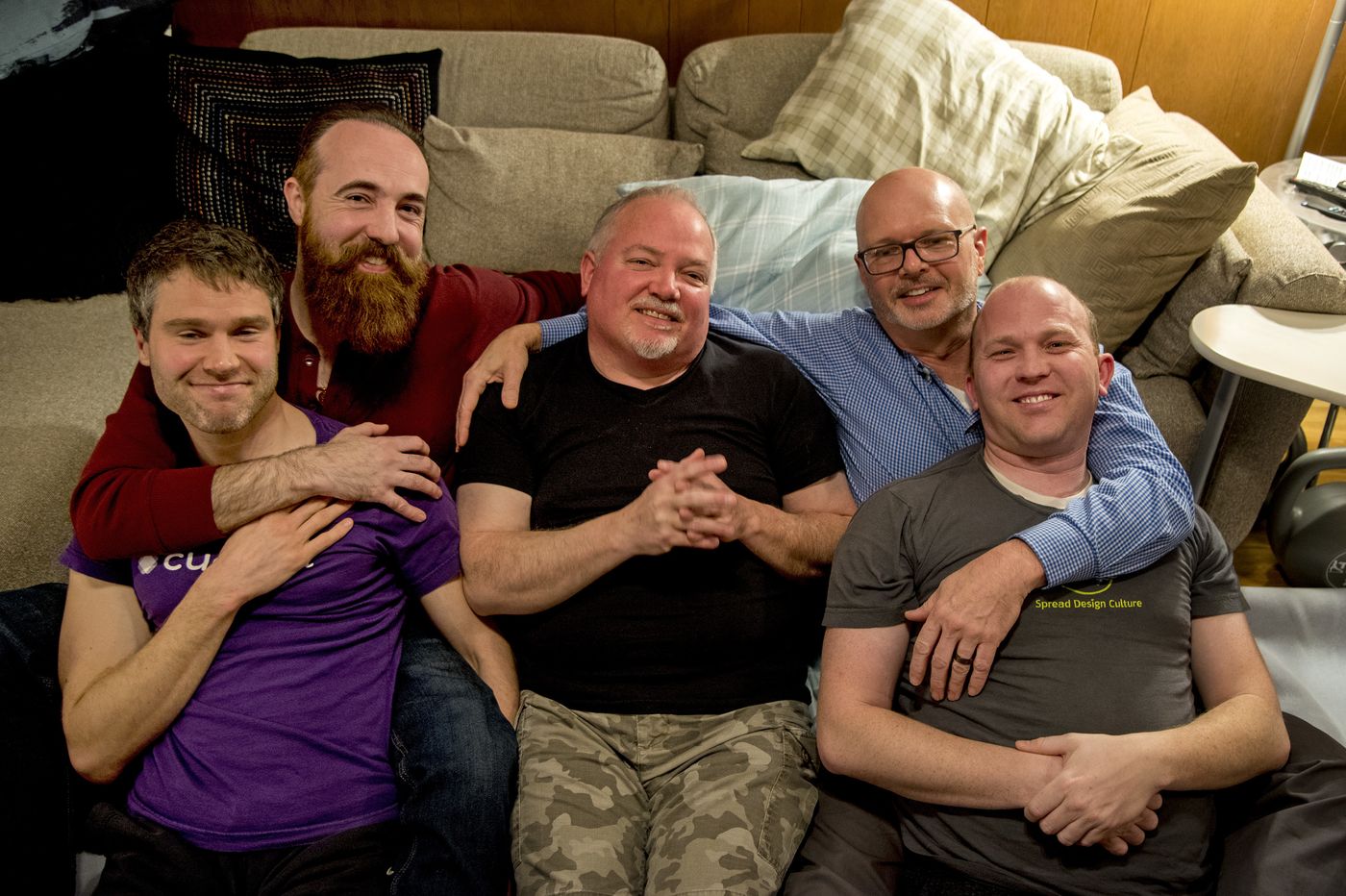 A group of men over in Pennsylvania have found a way to end ‘toxic masculinity’ once and for all – all-men cuddling groups.

Members of the ‘Men’s Therapeutic Cuddling Group’ claim they are fighting toxic masculinity by getting together twice a month and cuddling each other.

So often, we’re taught that to be an emotional stoic is the mark of manhood. If you show any emotional weakness or vulnerability, that’s a failure to your title of a man.

If we expect men to be emotionally sensitive to the needs of others, they first need to be able to build an emotional vocabulary,

Here’s a description of some of the cuddles they engage in, from the group’s website:

Holding a man “motorcycle style”: Two or three men can participate. One of the men, the “holder”, sits on a pillow on the floor with his back against a wall or sofa. The 2nd man; the one being held, sits in front of the holder facing forward so his back rests on the holder’s chest, his head on the shoulder. The holder will embrace the man around the chest and, in time, may be asked for additional forms of affection such as hand holding, hair or beard stroking, back rubbing, hand massages, etc. This holding style makes way for group cuddling which may include spooning, just lounging on each other or forming a “cuddle train”. Some guys may want to cuddle with a man who may carry the energy of their father, a brother, or the jock who may not have affirmed them in High School. Other men may choose NOT to cuddle someone who reminds them of, for instance, their abusive teacher, uncle or a childhood bully.

The group currently has six members. If you are looking to join the group, you would first have to undergo an interview and approval process. 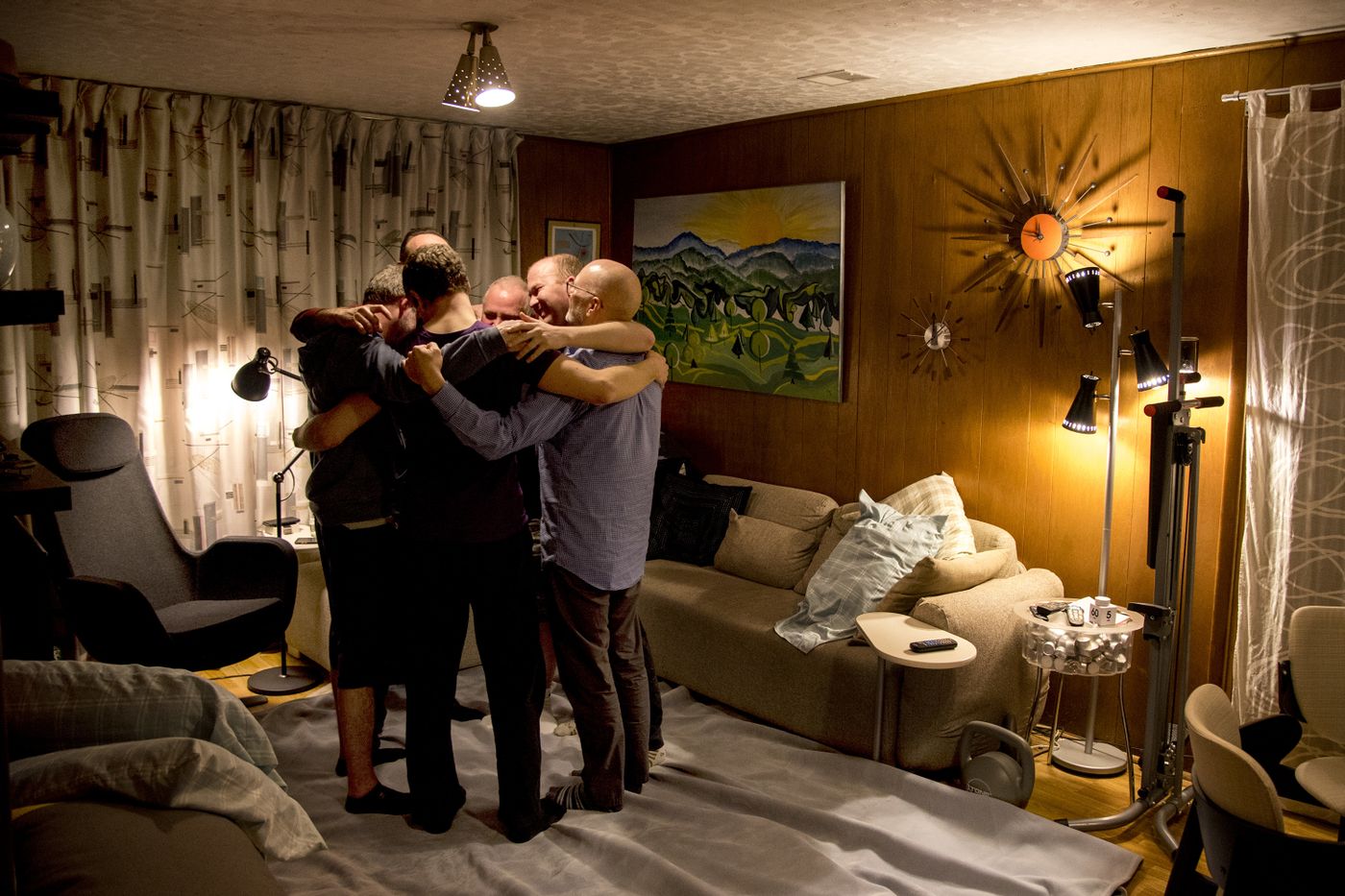 Who knew that all this time the secret to ending toxic masculinity was to wrap your arms around another man and gently caress him as you hold him close to you? If only Hitler, Mussolini, Kim Jong-un etc had given this a go, the world may not have seen the atrocities it did throughout the 2oth century and beyond.

Seriously though, I’m not afraid of a bro-hug but this is a tad OTT if you ask me. I feel like I need some personal space just looking at those photos. Reminds me one one of those weird brony conventions or something.

Let’s hope men’s cuddling groups don’t replace drinking around the table or punching each other in the face as the go-to male activities.