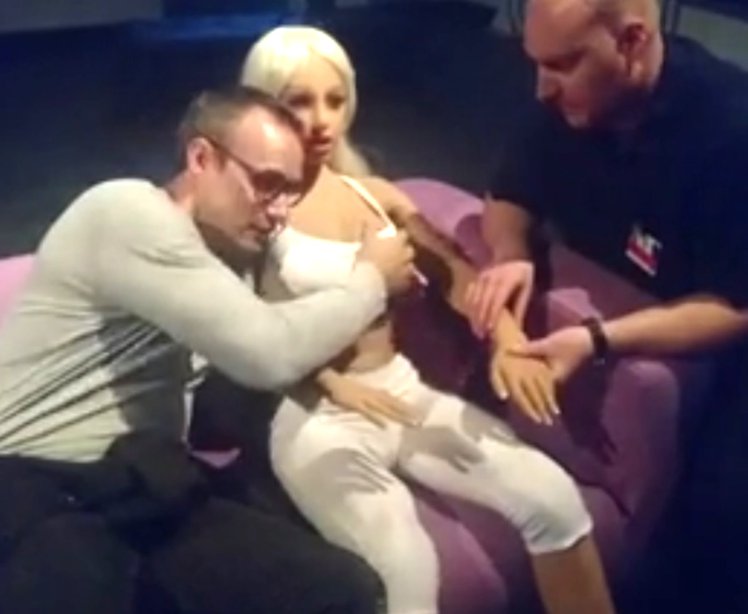 Boys will be boys.

The idea of a sex robot probably led many people to believe that guys would now be able to easily and effectively fulfil their more disgusting sexual habits without having to degrade women that weren’t into it anymore. Whilst this might be true, it turns out that guys just can’t help themselves and even when it’s a sex robot and not a woman, they’re determined to run it into the ground until they’re absolutely broken and a shell of their former self.

Evidence of this comes from a tech fair called Arts Electronica Festival over in Linz, Austria. A Spanish developer named Sergi Santos was showing off his new ‘intelligent’ sex doll which moans when you grope its (her?) breasts. Unfortunately, guys were a little overeager to indulge.

Santos explains (there’s a video showing Samantha in action too which is kinda creepy):

The people mounted Samantha’s breasts, her legs and arms.

Two fingers were broken. She was heavily soiled.

People can be bad. Because they did not understand the technology and did not have to pay for it, they treated the doll like barbarians.

Samantha has to be sent back to Barcelona for cleaning and repairs. She can endure a lot though, she will pull through.

This is something I hadn’t really thought about during the advent of sex dolls – the fact that guys are going to completely abuse and destroy them, just because they can. Might be an expensive hobby in that case if you keep having to buy new ones all the time. Probably don’t want to share them with your mates either in case something like this happens and they leave you with the bill. Something to think about.