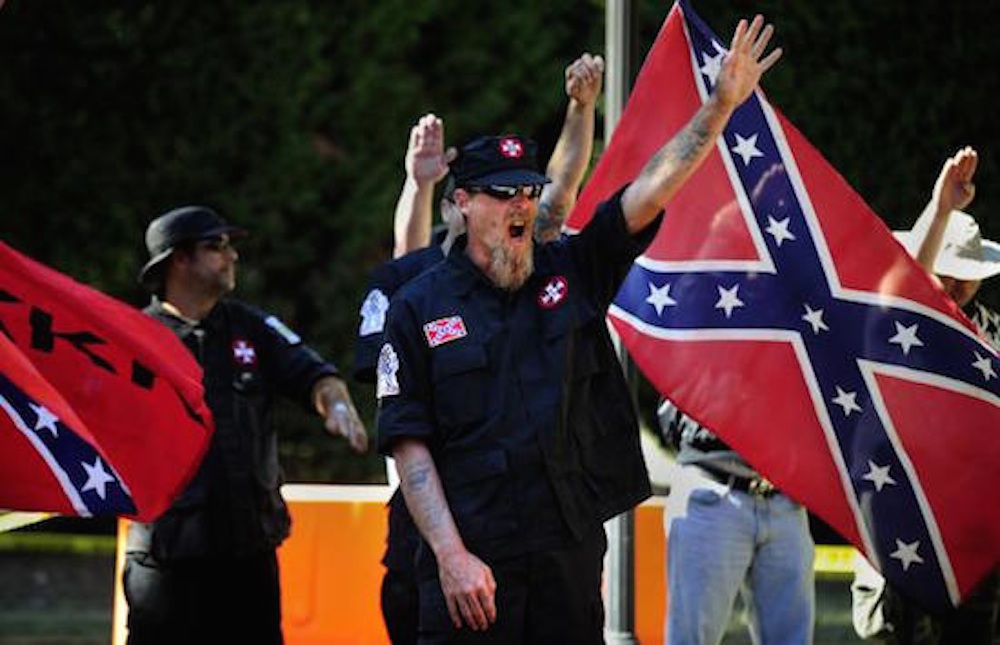 There was a massive KKK march in South Carolina over the weekend to protest against the recent outlawing of the Confederate flag, and obviously other residents of the state weren’t happy about this at all.

This video just shows some alleged members of the Blood Gang beating up a KKK member who was draped in a Confederate flag. Although this looks like it could be a completely unprovoked attack – aside from the fact that the KKK are a bunch of racist assholes of course – the uploader has stated that the guy absolutely started the fight by ‘using disgraceful and degrading words’ to the gang.

Let’s hope they kicked the racism out of him, although it seems unlikely that that is even possible for anyone involved with that organisation. Although the fact that the former leader of the KKK is now apparently friends with loads of black people perhaps gives us some hope that these people don’t go through their entire lives acting like this.