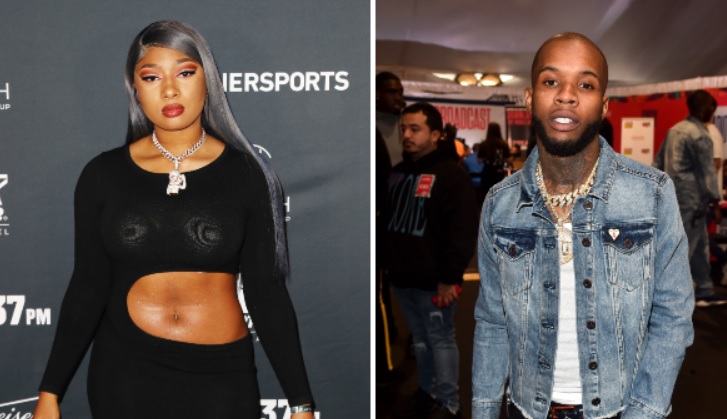 Gonna be fully honest and say I only really know who Megan Thee Stallion is from WAP and I have no idea who Tory Lanez is, but the fact that he shot her in the foot is a pretty good story even if I don’t know who he is.

Lanez was arrested last month after police found a gun in the car he was riding in with Megan. She initially said that she cut her foot on glass, but she’s now decided to come clean and reveal that Lanez did indeed shoot her when she was trying to get out of the car and leave. Apparently there’s a video of the incident so it doesn’t look too good for Lanez if it ever heads to court – LA magistrates are currently debating whether to bring up firearms charges against Lanez.

Megan revealed the news via an Instagram video, which you can see below. She also shared a gruesome picture of her foot as well:

“Y’all hoes so worried ’bout it. Yes, this n***** Tory shot me,”. “You shot me. And you got your publicist and your people going to these blogs lying and shit. Stop lying. Why lie? I don’t understand. I tried to keep the situation off the internet, but you dragging it. You really f*ckin’ dragging it. Muthafuckas talkin’ ‘bout I hit this n*****. I never hit you. M*thaf*ckas was like, ‘Oh she mad ’cause he was tryna f*ck with Kylie. No I wasn’t. You dry shot me.”

Sounds like a messy situation hey and definitely doesn’t sound like she’s lying either. Be interesting to see how this one pans out but I can’t see it working out for Lanez in any capacity. The guy shot a woman in the foot FFS.

For more of the same, check out this guy who pointed a gun at his dick to mock gun safety and ended up shooting it off. Idiot.