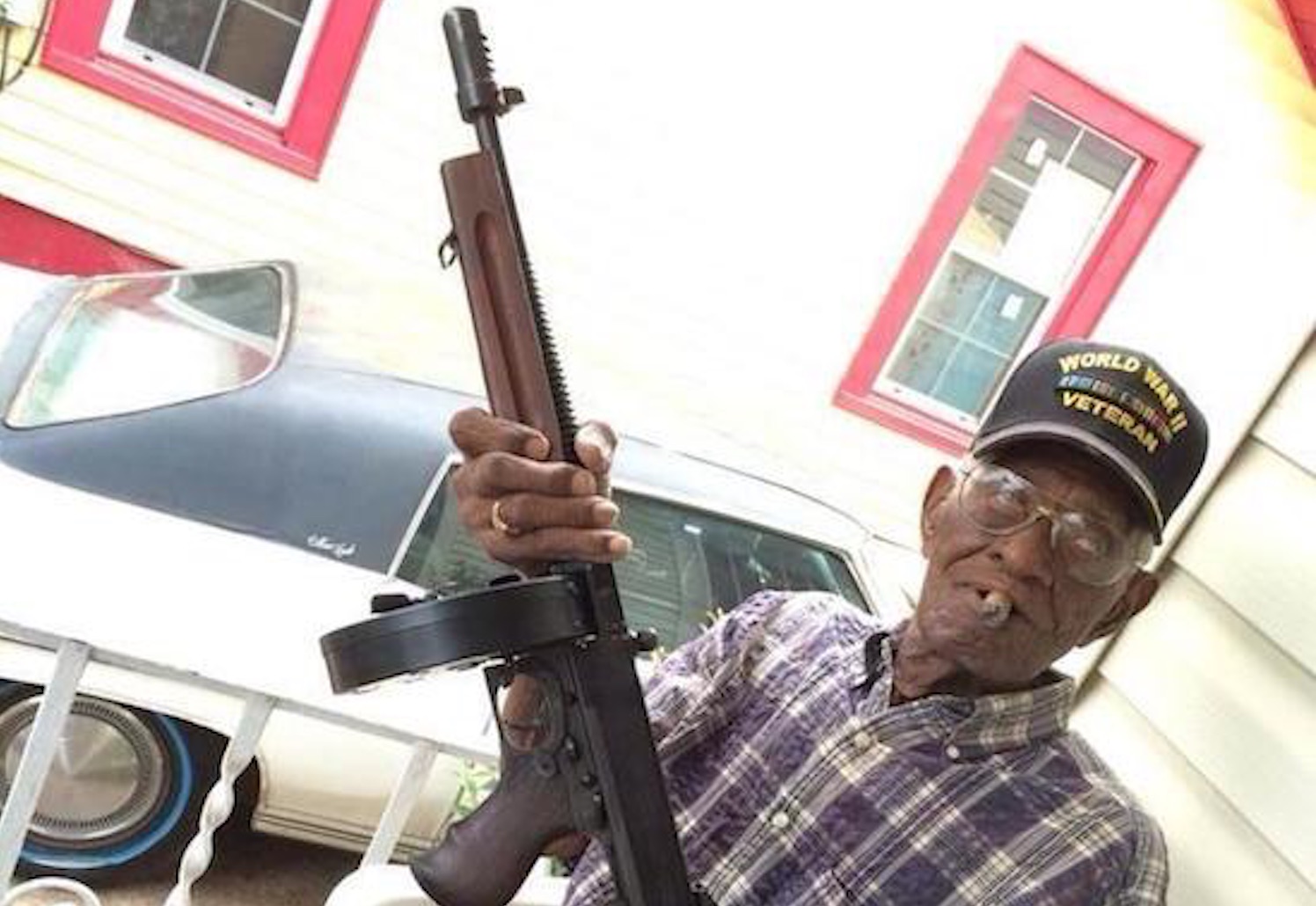 As we near the end of 2016, more and more veterans of World War II are passing away at the end of their lives as it ended almost 70 years ago, but one guy who refuses to give up the ghost is 109 year old Richard Overton.

Overton is the oldest surviving veteran in the United States, and chalks his long life up to drinking whiskey and smoking cigars every day. He also cites the fact that he’s able to own a gun and defend himself as another important reason why he’s been able to stay alive so long, and in this short documentary gives us a tour of his gun collection:

I mean yeah Richard seems like a nice enough dude, but if I was walking around Texas and he came out of his house and told me to get off his lawn, I definitely wouldn’t stick around to see what he ended up doing. Guy is a certifiable badass and with a gun collection like that probably certifiably nuts too.

Still, respect to him for serving in WWII and for living so long. Hopefully if I follow his whiskey and cigar diet I can live as long as him eh?

For another great way to live a really long time, check out this woman’s method. Probably not quite as cool as Richard’s.