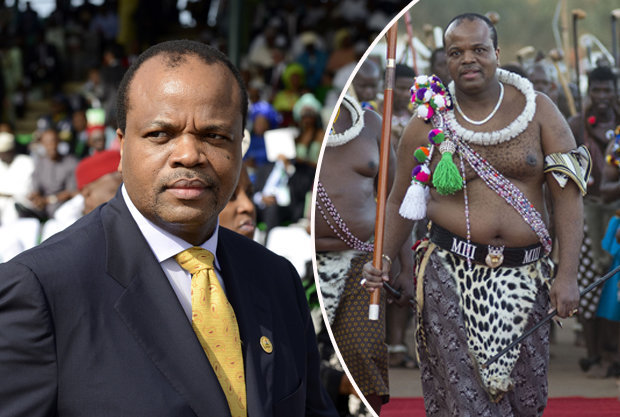 African countries have had to put up with dictators for as long as I can remember, and the latest character to throw his name in the hat for being the worst one yet is a guy called Mswati III, who just so happens to be the king of Swaziland.

As is the case with most of these dictators, Mswati III treats his subjects like absolute shit whilst he swans around living a life of luxury. It’s being reported that he regularly takes trips to Las Vegas to party and has an estimated fortune of $200million, with 13 royal residences and a fleet of flash cars, including a $500,000 Maybach limousine with a television, fridge and a 21 speaker surround sound system.

Swati has also got 15 wives with the latest being the winner of a teenage beauty pageant – every summer he’s allowed to take a new wife and picks one out of a stadium of bare chested young virgins vying for his affections. No, I’m not joking. Meanwhile his subjects survive on less than $1 a day and are forced to eat cow dung. Sounds like a real piece of work. 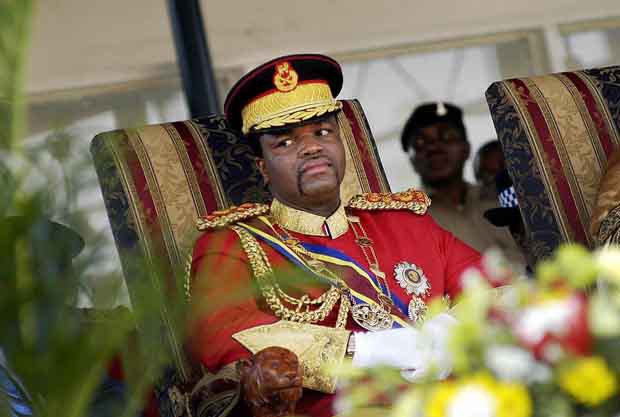 Despite the fact that Mswati is obviously a piece of shit, he’s recently been able to consolidate more of his power in Africa by being appointed the new leader of the Southern African Development Community. This is a group that consists of 15 member states and makes key decisions on economic growth, promoting peace and improving the quality of life of southern African people. The group is based on democratic principles but critics believe Mswati will turn it into a dictatorship following his appointment and in fairness that’s probably what’s going to happen given his previous leadership style.

This is because Mswati’s entire regime is a dictatorship already. He was crowned king when he 18, 30 years ago and he’s the only ‘absolute’ monarch in sub-Saharan Africa. This means that he chooses the parliament and has final say over both the law and his own budget. He basically runs the whole damn show, and anyone who questions him faces terrorism charges.

Obviously, nobody ever bothers to question him as Mlungisi Makhanya, the general secretary of the banned People’s United Democratic Movement explained: 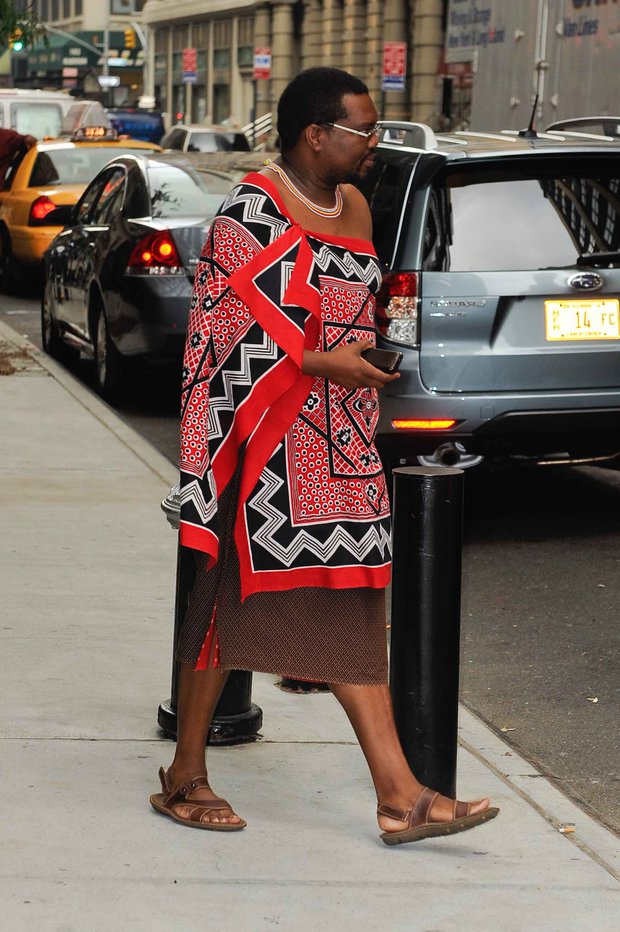 Taking a stand against the king and fighting for the freedom of the Swazi people always comes with the possibility of physical harm.

But we remain committed and determined.

Yeah, good luck with that pal. I’ve seen enough dictatorships throughout my life to know that it’s a lot easier said than done to topple one of them and sustain whatever regime comes afterwards. Respect to the guy though because it sounds like Mswati is a real piece of work who we’ll definitely be hearing more of in the future for all the wrong reasons.

For more African dictators, check out this dude who apparently eats the testicles of his rivals. Even more screwed up than Mswati.