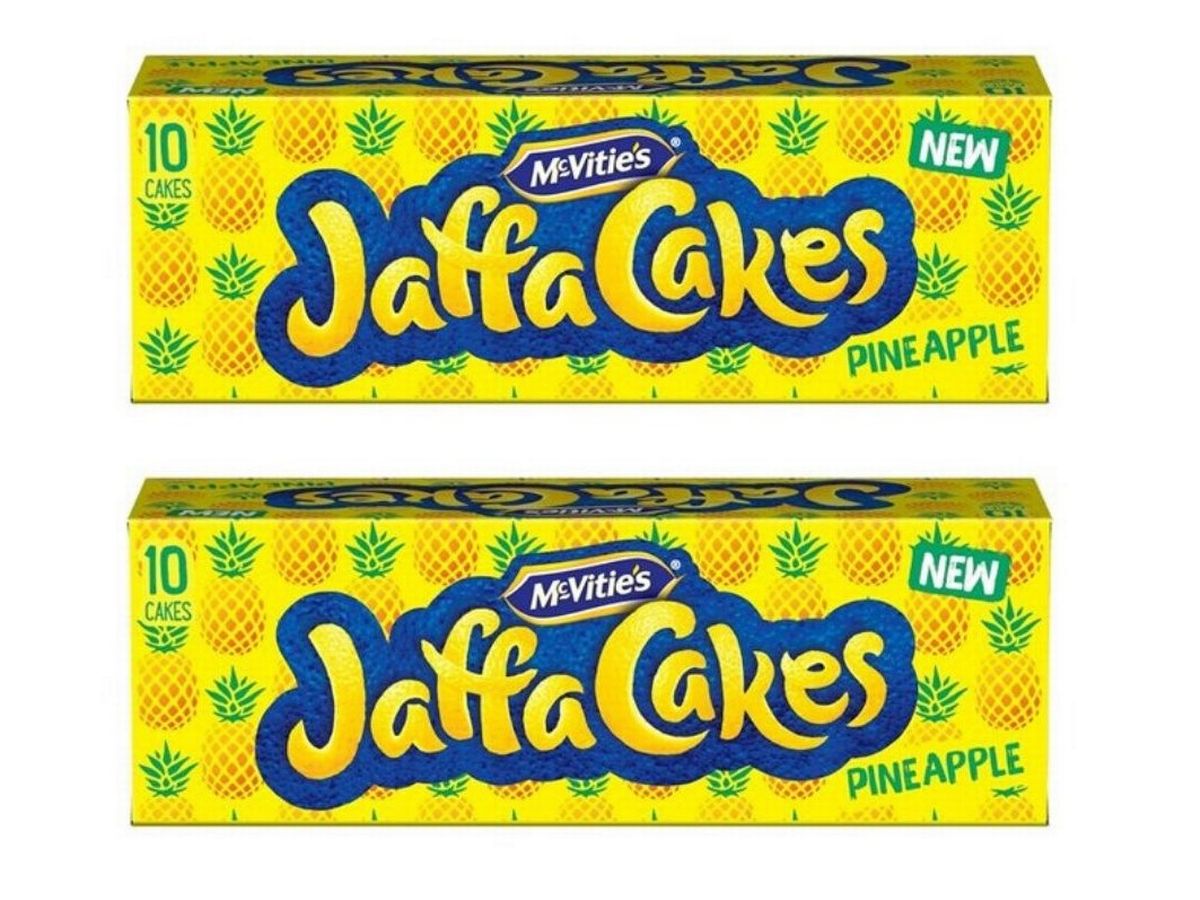 There’s a humongous debate about whether pineapple should be allowed on pizza that’s probably never ever going to be resolved (FYI it shouldn’t be), but it now seems that McVitie’s want to open a whole new kettle of fish by introducing new pineapple flavour Jaffa Cakes and Cake Bars. Hell.

The cakes are currently only available at Morrison’s and will set you back £1 for ten of them, but even at such a cheap price I think I would be reluctant to buy them because you know they’re just gonna be complete stinkers having pineapple in them. That stuff just doesn’t go well anywhere. Maybe if there were no other cakes than I would go for it, but I would probably just have to pull the pineapple chunks out myself because they’re so gross. 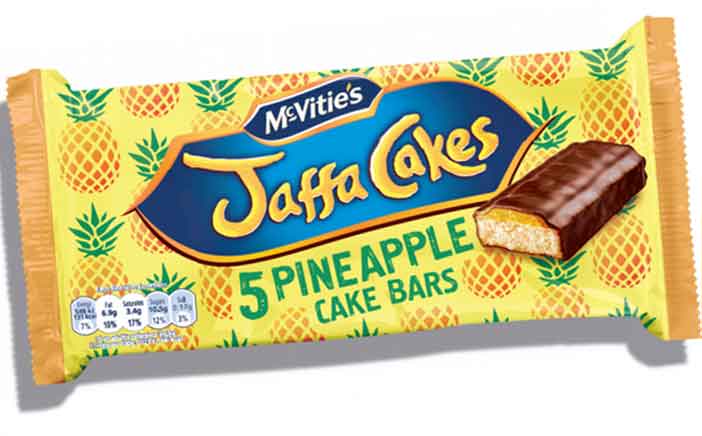 The worst thing about them is that the Jaffa Cakes, don’t actually contain any Jaffa and it’s just pineapple there instead. It’s like the whole vegan thing all over again. They do only clock in at 46 calories each – and I guess that’s why McVities are introducing them, as some kind of low fat option – but even that doesn’t convince me that they’re ever going to be a good idea.

The cake bars are obviously more calories because they’re bigger, but let’s not even bother talking about them. Just not a good idea in any way shape or form is it?

For more of the same, remember when you could order a pineapple to any office in London? Those were the days.