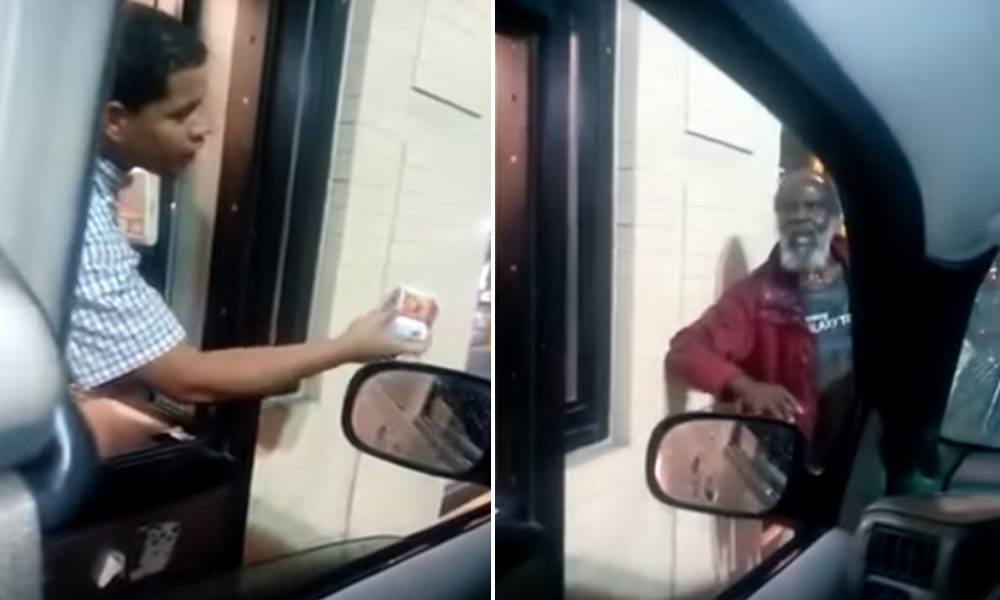 What a grade A bellend.

This video is starting to go viral, and for all the wrong reasons.

The video filmed from a car at a drive through shows a McDonald’s worker hanging out of the window and offering a free meal, but when the guy gets close he throws a cup of water over him. Top bellend.

Hey Willy, come here, do you want a sandwich. Come on man, I’m going to give you a sandwich man, come on man.

It’s the epitome of shithousery, and to make it worse, the bellends filming from the car find it funny, annoyingly shouting “World Star!” as though it’s something to be proud of.

Pranks are all well and good, but this just isn’t funny. There’s no background context to the video, and the fact he knows the homeless guy’s name implies he probably goes there a lot, but that doesn’t make it anywhere near acceptable.

McDonald’s haven’t commented on the incident, but I can imagine this prick didn’t graduate from the Hamburger University.

I hope he get’s sacked.