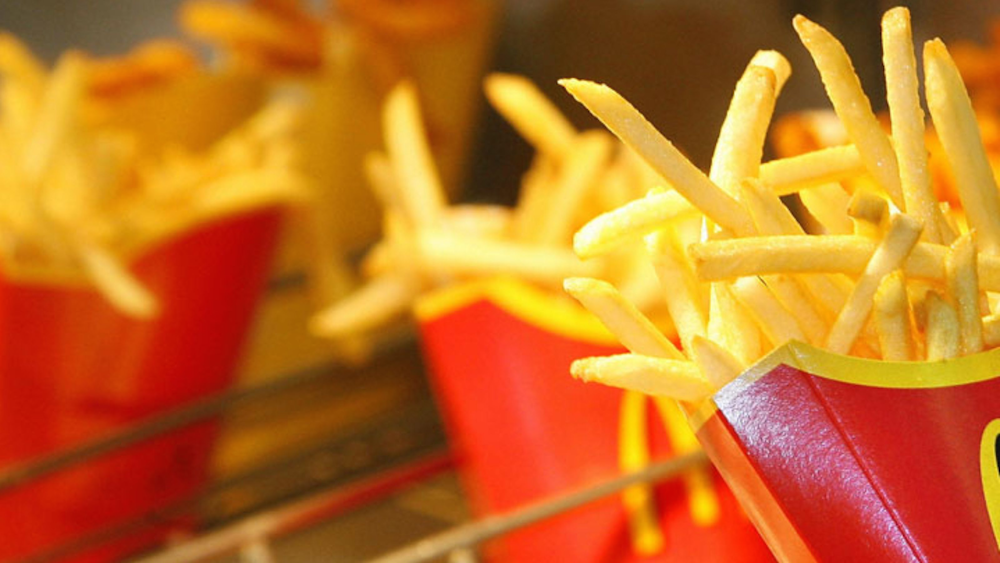 That’s great, but can we really believe them?

As part of an initiative to get people to start thinking that their food isn’t complete and utter crap, McDonald’s have recently been making videos which supposedly detail the process by which they make all the food in an effort to convince people that it’s actually healthy. They’ve already done episodes explaining how chicken nuggets and burgers are made, and now they’ve turned their sights on french fries.

To do so, they got Grant Imahara from Mythbusters involved making this short video with some extremely wooden McDonald’s employee who’s quite obviously reading from a script guiding him through the formation of the fries. Unsurprisingly, he discovers that they do come from potatoes originally and that they’re not the rubbish that you think they are, but that was surely a given that McDonald’s were making the video, right?

Like the rest of the series, it falls flat and nobody with a brain believes it, it’s nice they’re trying though.