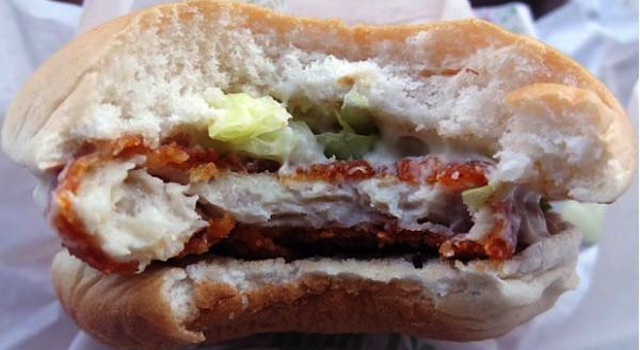 Over in Michigan apparently this actually happened.

OK now I’m gonna preface this by saying that it very likely might be bullshit because it’s only being reported on some dodgy Singaporean site despite apparently happening in Michigan, but even if it’s not true it’s still a really funny story because of the way it’s written and what the woman says, so it’s probably worth writing it just for that. The fact is though that it’s getting shared left right and centre and blowing up on Reddit too so there might be some truth in it, although it’s probably more just because of the outrageousness of the headline rather than necessarily the fact that it might be 100% true.

So here’s how it goes: apparently a 31 year old woman named Lisa McDowell from Michigan was tucking into a McDonald’s McChicken sandwich for her lunch last week when she noticed a clump of mayonnaise on the wrapper. She licked it off like you would expect but as soon as it hit her mouth she realised that it wasn’t mayonnaise but was actually semen.

How did she know this? ‘On Birthdays and holidays I give my man a little something extra in the bedroom, you know? So when I licked the mayo off of the bun, the texture was familiar.’ See, it was probably worth sharing this article just for that dumb line.

Lisa then contacted the manager of the McDonald’s she was dining in who denied the allegations, so she instead took the wrapper and ‘mayo’ for testing at the ‘local health department’ – whatever the hell that is. Once there, the sauce tested positive for two different types of semen, which kind of implies that everyone at that McDonald’s was having a massive circle jerk in a tub of mayonnaise. Grim. 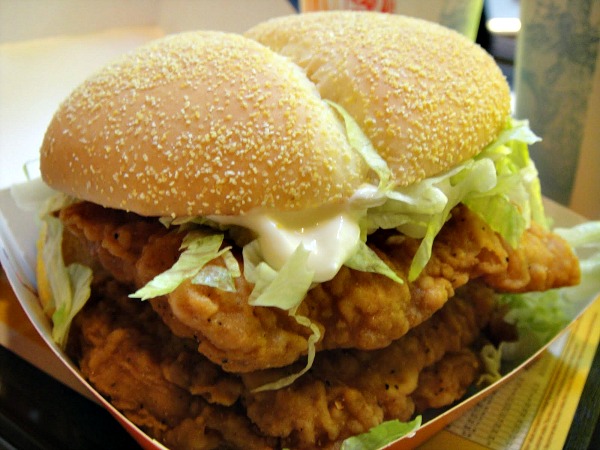 The story gets even stupider at this point though and this is kind of where I stop believing it. I mean, the stuff about semen in the sauce is kind of believable when you think about how shitty fast food is and all the horror stories you hear, even if it is somewhat outrageous. This next bit is really dumb though.

Lisa noticed that she had a red rash in the corner of her mouth a couple of days after this incident and it soon began to spread all across her face. As she was obviously pretty scared about this she went and got it checked out at the doctor’s (who may or may not have been working at the ‘local health department’) who confirmed that she had contracted herpes and that it most likely came from the tainted McDonald’s mayonnaise. Hmmm.