McDonald’s is a guilty pleasure for all of us and one of the only things that we can legitimately complain about with them is that sometimes the portions just aren’t big enough.

Well, it seems like they’ve listened to our qualms and have moved to fix them just in time for the World Cup. It was obvious that loads of people all over the country are going to have people over for matches over the next four weeks and what do you need when you have people over? That’s right, sharing platters.

With this in mind, McDonald’s have moved to increase the number of pieces in both their Chicken Selects and Cheese Bites to 15, making them perfect for sharing with a couple of mates over a couple of beers. Or maybe just get one box to yourself and eat them all – who are we to judge? 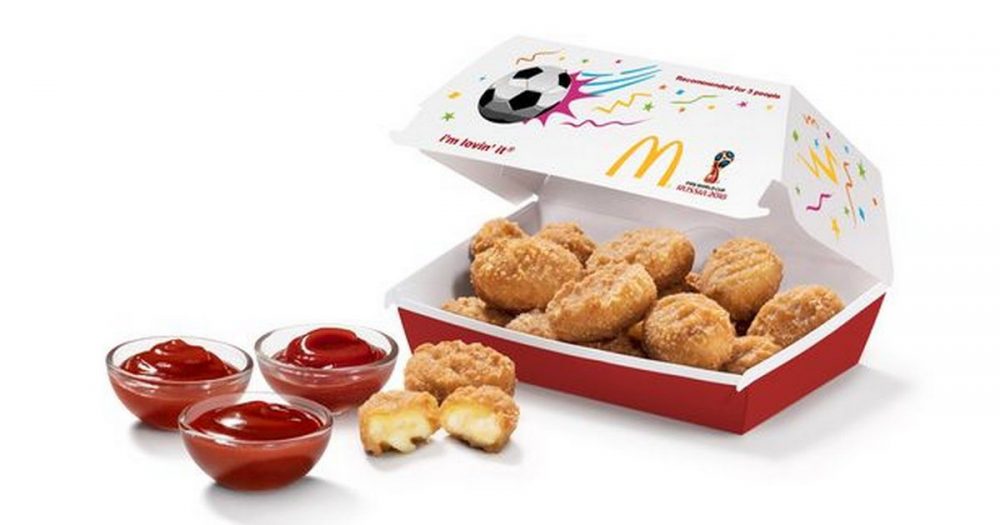 There is a bit of a weird stipulation with these two menu items as you won’t be able to pick them up the traditional way of just heading into a McDonald’s and buying them. No, instead you’re going to have to get them off McDelivery through Uber Eats and get them delivered to your door, which doesn’t sound too shabby to be honest does it? They’re also only available in 200 restaurants in the country which is a bit more annoying, but hopefully there will be one close enough to you that it shouldn’t be a problem.