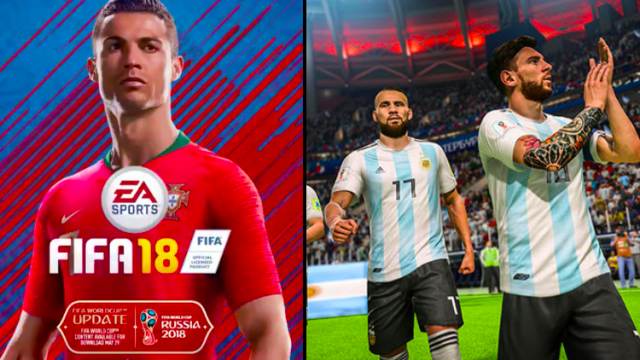 It’s in the game.

The World Cup is scheduled to be the biggest event of the summer and somehow EA sports and FIFA have managed to conspire to make it even better than it was going to be with the release of a new World Cup ’18 edition that’s going to be 100% free as well.

The World Cup edition will enable you to play as any of the 32 teams from the tournament and aim to guide them through the group stages, into the knockouts and into the final. The new game version will also have up to date squads, fully-licenced kits, player likenesses and official stadiums so it really is the perfect companion to football’s biggest event.

Most of the new options will be offline when you’ll face the computer in an attempt to win the World Cup, but there’s also going to be a new FIFA World Cup Ultimate Team mode. Chemistry will now be based upon nationalities and the World Cup Confederations, adding a whole new dimension to the game and making it more applicable to what’s going on in Russia.

The new version will be able to download on PS4, Xbox One and Nintendo Switch on May 29th. And once again, it’s going to be totally free if you already own the game. Can’t wait.

For more FIFA, check out this hilarious compilation of glitches from last year’s game. Nicely.