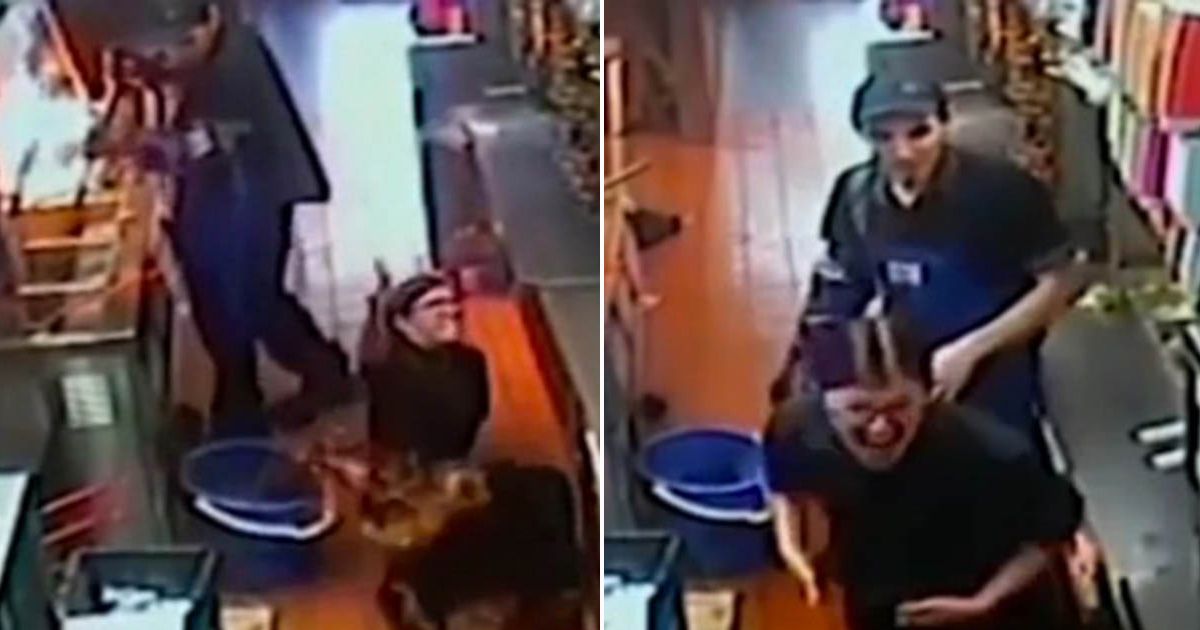 Working in McDonald’s has got to suck enough as it is, but imagine suffering an accident there so bad that you end up with permanent disfigurement?

That’s what happened to Angela Buza after she slipped and fell into a bucket of 160c oil that was just left lying around in an area with what looks like quite slippery floor. After falling into the boiling oil it goes all over her, leaving Angela in screaming agony. As a result she has suffered from serious burns and has had to have skin grafts while in hospital. Nasty.

It is definitely not standard safe practice to have buckets of boiling oil lying about — apparently they are normally meant to drain it but her employee, Luke Haywood, had used the buckets as a replacement as the pump was broken.

The whole thing has been taken to court now and the franchise owner is having to cough up 65,000 Australian dollars in fines and costs due to the anxiety and physical impairments Angela has suffered as a result of the incident. Fair enough, the accident looked really bad. See for yourself:

Bad huh? You’ve got to feel for that woman — she was probably only working there so she could make ends meet or supplement her study or something. Nothing is worth getting disfigured for life, let alone serving burgers to dickwads at minimum wage rates. Our thoughts go out to you Angela.

This is an even worse health and safety breach than the time that McDonald’s served a raw quarter pounder to a customer. Gross.