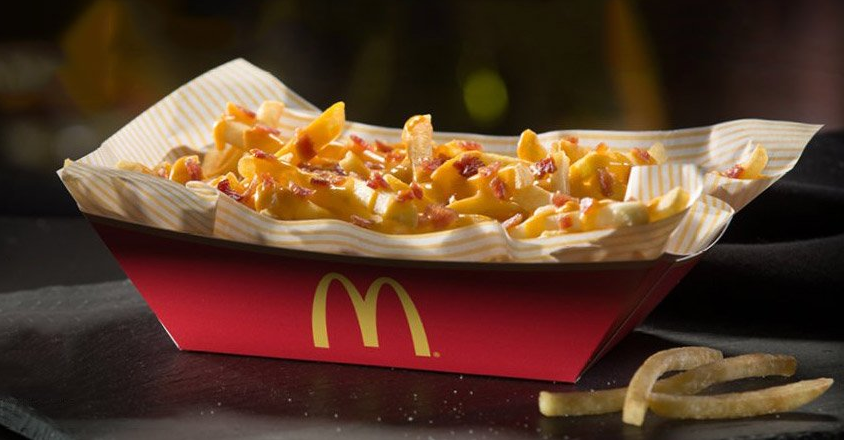 There’s not much better in the world than melted cheese and bacon as a topping, so I’m surprised McDonald’s hasn’t come up with this menu item sooner.

The fast food giant is currently trialling a dish – which they’re calling the ‘Loaded Bacon & Cheese Basket of Fries’ – in several cities in the US to see how it takes off. To be honest, I’m not sure why they’re even bothering to trial it because it seems fairly clear to me that it’s going to be one of the most popular items on the menu anywhere that it’s introduced. Just look at how delicious they’re going to be:

Share with the bacon-lover in your life: participating McDonald’s NEW Loaded Bacon & Cheese Basket of Fries! Available for a limited time. pic.twitter.com/K8TQ9dTuTl

The fries are retailing for $3.99 which is about £3.10 at the moment and probably roughly what you would pay from your local takeaway for some cheesy chips. The thing is though that these ones have got bacon thrown in to the equation too, so it’s kind of a no brainer where you’re going to end up at the end of the night I think.

There’s no definitive list of where you can get these delicious fries at the moment though, but they have been spotted in the greater Pittsburgh area, central West Virginia, southeast Ohio, and eastern Kentucky. Probably not anywhere you’re going to visit anytime soon by choice, but if you love cheese and bacon as much as me then maybe it’s time for a special trip. I’m seriously considering it.