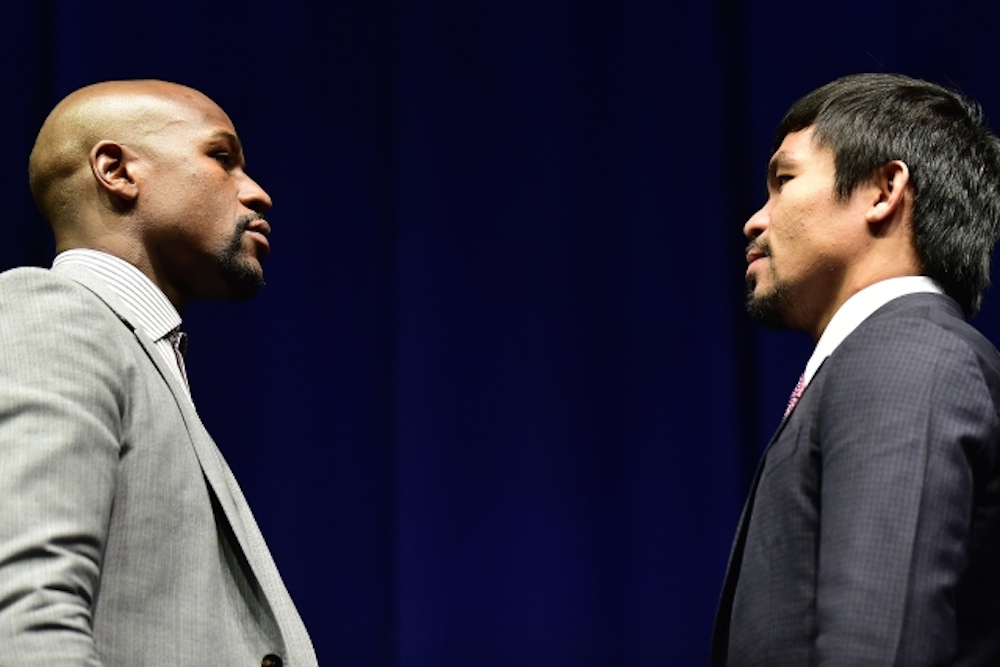 Everybody is talking about the Mayweather Pacquiao fight that is going down on May 2nd in LAs Vegas and it’s not without good reason – it could be one of the biggest boxing matches in history.

It gor cranked up a notch even further yesterday at the official press conference to announce the fight when the two boxers took part in an epic stare down that lasted 54 seconds before either of them flinched. Who’s your money on?

It’s kind of a shame they ruined it by putting some Star Wars esque kinda music over the top of it but you still can’t deny its epicness. It’s certainly a lot more epic than this UFC stare down, where one guy acted all tough like a dick then ended up getting his ass kicked in about ten seconds when they hit the ring.